If you’re old enough to remember The Munsters, you know what a great show it was. This Friday, the Munsters return in a brand new and beautiful Halloween special, Mockingbird Lane. If all goes according to plan, we may even see more of the Munsters in the future! 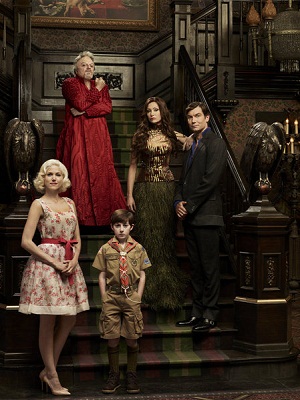 You know that popular saying, “Everything old is new, again?” Television has become the very definition of that saying, what with shows like Once Upon a Time and Grimm picking apart fairy tales and the modernized Hawaii Five-0 still going strong. And with countless spin-offs of various crime-scene shows now the norm, nothing is truly new. Everything is just the reimagining of something we’ve already seen.

That’s also true for NBC‘s Halloween special, Mockingbird Lane. The station has taken the charming family classic The Munsters and turned it on its ear, with the help of Bryan Fuller (Pushing Daisies, Dead Like Me). As reimaginings go, this one takes things to a whole new level.

The Munsters was always a little quirky. The original show was filled with 1960s kitsch and cuteness. The monstrous family, who thought of themselves as just average Americans, were always unwittingly scaring the heck out of nosy neighbors or being outed as a result of silly mistakes. Sometimes, they even had spats amongst themselves, but at the end of each episode, it was always abundantly clear that what mattered most to each of the Munsters was the happiness and well-being of their family.

Fifty-odd years later, along comes Bryan Fuller and his vision of the Munsters on Mockingbird Lane. Of course, the biggest difference between the original and the special is that things are in color. As with all modern television, things will also be a little more sexy. First, the preview shows a lot more skin than was ever acceptable in the ’60s. Grandpa (Eddie Izzard)’s dry humor also gets a bit of a punch. Then, of course, there’s Herman (Jerry O’Connell). In today’s society, no self-respecting Frankenstien would ever be caught dead with bolts in his neck! This Herman Munster is much more aesthetically pleasing. 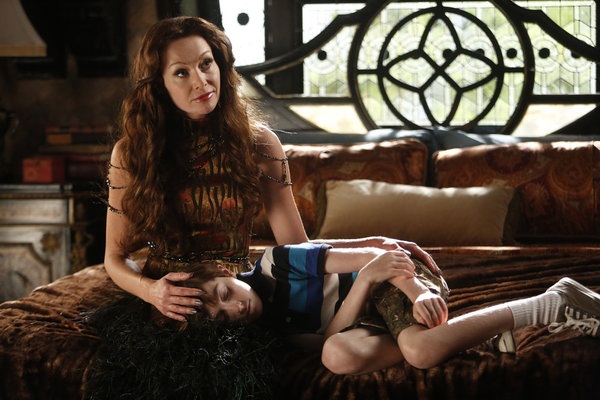 Young son Eddie is also around and getting into accidental trouble, again. In Fuller’s storyline, Eddie doesn’t know he’s a werewolf. The lack of acceptance he receives from friends in his Boy Scout troops (plural — he has to keep changing) is disheartening. Neither of his parents have the nerve to break it to their sensitive son that he’s nowhere near normal.

Mockingbird Lane is advertised as a Halloween special, but that could change. The actors are all currently under contract with NBC. If the show does well enough, the network may order more episodes. Make sure to check out the “special” to find out if you think it’s worth a whole season.