The singer has waited a little longer than most to get married, but while he was in Italy this week, he apparently decided it was time to get on with it. 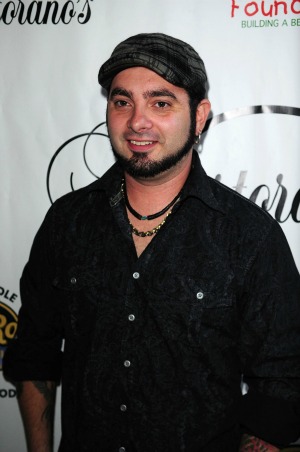 Chris Kirkpatrick made a trip to Italy this week, but not to attend his friend Justin Timberlake‘s wedding in the country. However, it’s possible he may have been inspired by his ‘N Sync bandmate’s own nuptials to Jessica Biel on Friday.

Kirkpatrick had planned a trip to the country with his girlfriend of two-and-a-half years, Karly Skladany, for his own birthday, and the proposal wasn’t planned.

“We had a hotel room at the Isle of Capri, overlooking the Mediterranean,” he told People. “It was one of the most beautiful places I’ve ever been. And it hit me: I wanted to propose to Karly. So I ran to a jewelry store, found the perfect ring and bought it.”

The 41-year-old is 13 years older than his future bride, but he felt it was the right time. After he bought the ring, he knew he needed to call Skladany’s dad to ask his permission to marry his daughter.

“He didn’t answer his phone, so I left him this message like, ‘Um, this is Chris, and I just wanted to talk and ask a few questions,'” he said. “I was nervous, which was funny. He called right back, and of course, he gave his blessing.”

While the thought was on the spur of the moment, he did have a few hours to plan the proposal, and it happened the way he wanted it to.

“We were sitting on the balcony with a bottle of champagne, and I put the ring in her glass,” he told People. “I know it sounds cheesy, but it was romantic. As soon as I asked her, she said, ‘It’s about time!’ And we laughed. It was spur of the moment, but it was absolutely perfect.”

Kirkpatrick also addressed rumors that he felt bad about not being invited to Timberlake’s wedding, but he said that couldn’t be further from the truth.

“He didn’t want the wedding to be an ‘N Sync reunion, and I totally understand that,” he said of Timberlake. “I already had plans to be in Italy anyway. It was just a coincidence that I was there when Justin got married. There’s really nothing negative about any of it.”

Only time will tell if Timberlake will be invited to Kirkpatrick’s wedding. But it seems that Kirkpatrick probably wouldn’t mind an ‘N Sync reunion at all.