The singer will be performing during the legendary event in 2013. But for one of the first times in a while, she won’t be the most important thing there. 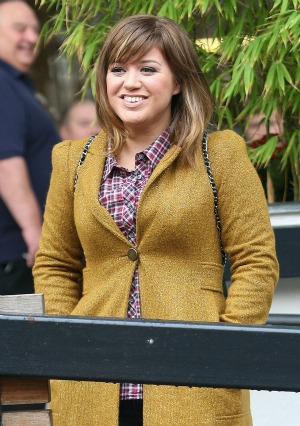 Kelly Clarkson is showing she can branch out of her pop-star realm, starting with the nomination she received for a Country Music Award this year. And Thursday, she announced she will be riding as a celebrity grand marshal in the Krewe of Endymion parade, the Saturday before Mardi Gras in 2013. And that’s not all she will be doing for the event.

“Organizers say she’ll perform at Endymion’s ball at the Superdome after the parade,” according to the Associated Press.

But Clarkson may not be the main attraction this year, because organizers are planning on sending out a “super float” that they said will be one of the most elaborate they have ever created.

“The super float will be 250 feet long and carry more than 200 riders. Its design focuses on Pontchartrain Beach, the amusement park that entertained generations on the New Orleans lakefront before closing in 1983,” said the Associated Press.

Mardi Gras is planned for Feb. 12 next year.

Clarkson is otherwise the main attraction in most everything she does. She has her Greatest Hits — Chapter One coming out on Nov. 19. For someone who has been a name in the industry for only ten years, a greatest hits album is quite a feat.

The singer also has been sharing her political views recently. She told the Daily Star she has chosen her candidate.

“I’ve been reading online about the debates, and I’m probably going to vote for Obama again, even though I’m a Republican at heart,” she said. “I can’t support Romney‘s policies, as I have a lot of gay friends, and I don’t think it’s fair they can’t get married. I’m not a hard-core feminist, but we can’t be going back to the ’50s.”

Clarkson also said she really likes Michelle Obama‘s promotion of better nutrition. But deep down, the singer said she is still a fan of former candidate Ron Paul, a Texas native.