The actress came in far above the next-highest-paid dead celebrity, Michael Jackson. But the honor is very possibly a one-time thing.

Related story Hurry, Oprah's Favorite Moisturizer Is 30% Off at Ulta Beauty for a Limited Time 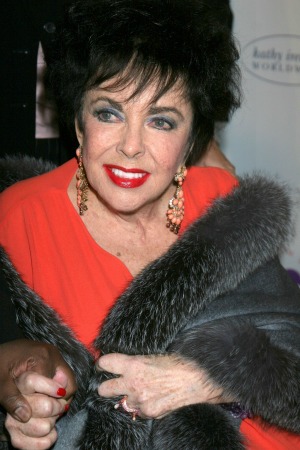 Forbes has announced the top-earning dead celebrities of the year, and the winner is somewhat surprising. Elizabeth Taylor came in at the top of the list. In fact, the actress, who died last year, made more than the highest-paid living celebrity as well.

“The iconic actress, who suffered heart failure at the age of 79 last March, has earned $210 million this past year,” according to Hollywood.com. “That is $45 million more than the highest-paid living celeb, Oprah Winfrey.”

Another surprise about the ranking is that Taylor came in above Michael Jackson, another dead celebrity who was also a friend of hers. However, the listing may be a one-time thing since Christie’s held an auction of the actress’ belongings last year — including her jewelry, costumes and artwork. According to Hollywood.com, that included a Van Gogh painting which sold for $16 million. The auction sold every single one of the 1,800 pieces involved, and it reportedly brought in $184 million.

The remaining $26 million came from film proceeds and perfume sales for her White Diamonds line, which reportedly brought in $75 million total in retail in 2011. Taylor’s estate gives a portion of her earnings to her AIDS foundation.

Michael Jackson came in at number two, with $145 million. That was enough to earn the singer more than any other living artist.

“Forbes‘ list is compiled from earnings between October 2011 and October 2012. Forbes only looks at the money that comes into each estate; how the estate deals with the money is not taken into account,” said Hollywood.com.

Elvis Presley came in at number three, but significantly behind Jackson, earning $55 million in the last year. Peanuts creator Charles Schulz was fourth with $37 million, followed by Bob Marley with $17 million, John Lennon with $12 million, and Marilyn Monroe and Albert Einstein, each with $10 million.