Cloud Atlas is poised to be a blockbuster hit, but not all are happy about who will be seen on the big screen. One group wants to know why all the Asian characters are being played by white actors. 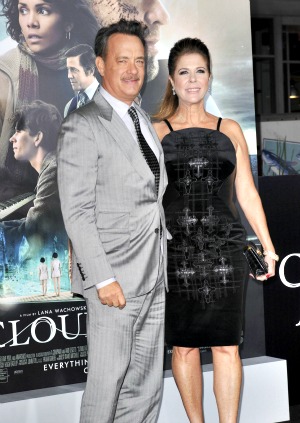 Cloud Atlas‘ characters are a little more white than fans of the novel by the same name might anticipate. Noting the use of Caucasian actors to play South Korean characters in the film, which is due out Friday, one group has a complaint to make.

Referring to a Cloud Atlas storyline set in South Korea in the year 2144, he continued, “The Korea story’s protagonist is an Asian man — an action hero who defies the odds and holds off armies of attackers.

“It would have been a great, stereotype-busting role for an Asian American actor to play, as Asian American men aren’t allowed to be dynamic or heroic very often. But instead, they cast Jim Sturgess in yellowface.

“Every major male character in the Korea story is played by non-Asian actors in really bad yellowface makeup,” Aoki added.

“In the modern age of movie makeup, it is disturbing to see poorly done Asian eye prosthetics to make Caucasian men look Asian. It appears that to turn white… actors into Asian characters, the makeup artists believed they only had to change their eyes, not their facial structure and complexion.

“You have to ask yourself: Would the directors have used blackface on a white actor to play (the slave) Gyasi’s role? I don’t think so. That would have outraged African American viewers. But badly done yellowface is still OK.”

However, Cloud Atlas directors Andy and Lana Wachowski have a different take on the situation.

“That’s good, that people are casting a critical eye,” Andy Wachowski told The Huffington Post. “But our intention is the antithesis of that idea. The intention is to talk about things that are beyond race. The character of this film is humanity, so if you look at our past work and consider what our intention might be, we ask that those people give us a chance and at least see the movie before they start casting judgment.”

What do you think of the Cloud Atlas race criticism?