Tina Fey says what we’re all thinking when it comes to male politicians’ “expertise” on rape. 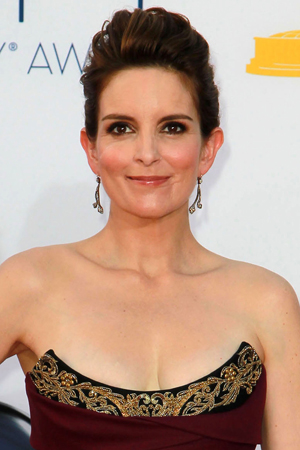 Tina Fey took the words right out of our mouths when she spoke at the Center for Reproductive Rights Inaugural Gala Wednesday night in New York City.

“I wish we could have an honest and respectful dialogue about these complicated issues, but it seems like we can’t right now,” the 30 Rock star lamented. “And if I have to listen to one more grey-faced man with a $2 haircut explain to me what rape is, I’m going to lose my mind.”

“Even when life begins in that horrible situation of rape, that is something that God intended to happen,” he said during a recent debate with his opponent. The comment comes just weeks after fellow Senate candidate Todd Akin made different comments about pregnancy and rape during an interview with a St. Louis television station in August.

Have Tina Fey’s prayers for her daughter been answered? >>

“First of all, from what I understand from doctors [pregnancy from rape] is really rare,” Akin said. “If it’s a legitimate rape, the female body has ways to try to shut that whole thing down.”

Fey wasn’t about to let that one slip by without comment.

“Oof. Todd Akin,” Fey continued, “No, I can’t even finish this sentence without getting dumber. Mr. Akin, I think you are confusing the phrase ‘legitimate rape’ with the phrase ‘competitive gymnastics.’”

That’s precisely the problem with male politicians making laws about reproductive rights — for the most part, they just don’t seem to get it. Our thoughts? Put people like Tina Fey on the ballot for President in 2016!