Valentine’s Day will be A Good Day to Die Hard. Or at least that’s what Hollywood thinks. A new trailer featuring Bruce Willis as the legendary John McClane has debuted online. 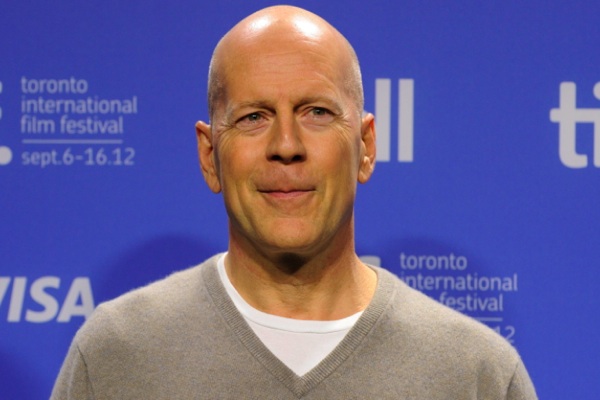 Bruce Willis continues to blast his way through the Die Hard franchise. Next year, he’ll headline another sequel cleverly called A Good Day to Die Hard. Like its predecessor, Live Free or Die Hard, it will be a family affair.

On his latest adventure, John McClane travels to Moscow where he gets entangled in a terrorist plot. His son Jack (Jai Courtney), who’s also in Russia, joins his dad to stop these unruly forces. Double the McClane means double the action. The film is filled with gunfights, falls and car chases. Would you expect anything less from a Die Hard sequel?

Initially, John and Jack are nursing an estranged relationship. But they put their differences aside for the greater good. In the trailer, John asks his son, “Need a hug?” Jack blankly replies, “We’re not a hugging family.” Truer words have never been spoken. John isn’t the touchy-feely type, but he’ll risk his life to protect his loved ones.

The new trailer features an appearance by Mary Elizabeth Winstead, who returns as John’s daughter, Lucy McClane. She had a prominent role in the previous film. The rest of the cast includes Cole Hauser, Sebastian Koch, Amaury Nolasco, Megalyn Echikunwoke and Yulia Snigir.

Die Hard 5 gets a release date: How romantic! >>

A Good Day to Die Hard is directed by John Moore and opens in theaters Feb. 14. Valentine’s Day just got deadly!

Will you be seeing A Good Day to Die Hard? Are you interested in another sequel?