Murder, Blutbads and ghosts! Oh my! If you thought Grimm was creepy before, just wait for the Halloween episode! 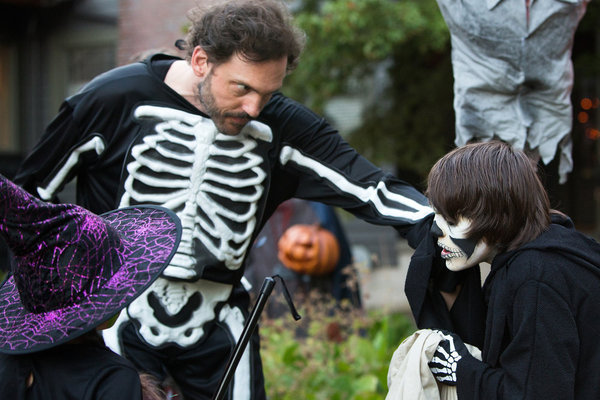 Grimm‘s version of Portland, Oregon, is a whole new world. Instead of hipsters, vegans and Earth mothers, the city is filled with supernatural creatures of both the familiar and unfamiliar variety. Grimm goes beyond vampires and werewolves and offers up a whole new set of creatures to lurk in the darkness.

Except when it’s Halloween, that is. If you want to really scare the kids, it’s best to terrify them with something they know. That’s why this week’s villain is a ghost.

This isn’t just any old semi-transparent, ghoulish creature “ooo”-ing its way through the night, though. This is La Llorona. Ripped straight out of Mexican folklore, La Llorona is one seriously creepy ghost-lady. Her only connection with friendly spooks like Casper is that she might have been the one to kill him. La Llorona’s specialty is children. 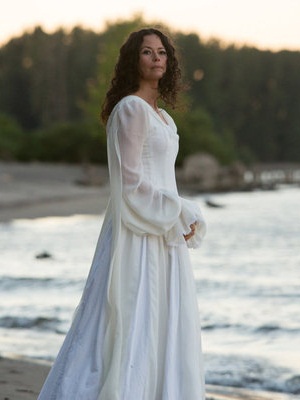 The story is simple. La Llorona means “the weeping woman.” A woman falls madly in love with a man, but when he will not have her, she drowns her children in revenge. (Maybe it makes more sense in Spanish?) He still refuses to be with her, so she slits her throat and drowns herself in a lake. Due to her wicked ways, La Llorona is banned from Heaven and Hell. She’s sentenced to spending her afterlife roaming the earth alone.

Insane with despair, loneliness and anger, La Llorona continues what she started while alive. She wanders around towns looking for children who resemble her own or who disobey their parents. She kidnaps them and tries to drown them in the lake.

As Nick (David Giuntoli) investigates the disappearance of children, he’ll have his own encounter with La Llorona. What will ensue? At the very least, some slick, wet action in the water.

Halloween is a well-loved holiday by many, but Nick’s friend and consulting creature, Monroe (Silas Weir Mitchell) especially loves it. Will he let his Blutbad-self come out for the night, or does he have something else in mind? Expect him to have plenty of fun with his trick-or-treaters.

Second season of Grimm as dark and magical as first
Once Upon a Time vs. Grimm: What’s the diff?
NBC’s Grimm extended preview