Taylor Swift and Conor Kennedy have called it quits after an intense summer romance. Will he become inspiration for a song on her next album? 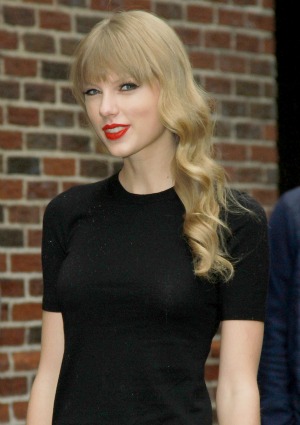 After a steamy summer romance spent cavorting on beaches and crashing weddings, Taylor Swift has called it quits with her younger man Conor Kennedy.

A close friend confirmed the news to Us Weekly and said there is no big Kennedy-style drama behind the breakup, just a matter of summer lovin’ come to an end.

“They quietly parted ways a while ago,” a friend of the 22-year-old “We Are Never Ever Getting Back Together” singer told the mag. “It was just a distance thing. No hard feelings. They’re fine.”

For a while there it appeared that Swift was ready to take her place in the echelons of Camelot. Her lady-like wardrobe harkens back to that golden era; she bought a multi-million dollar mansion next door to the Kennedy compound in Hyannis and she attended several Kennedy family functions with the 18-year-old Conor, albeit not all invited.

However, now that her new album Red has been released to critical acclaim and record-breaking sales, Swift simply has no time for love.

“It’s been over a month since they’ve even seen each other,” the friend explained. “With her promotion for Red, she has no time off until the end of the year.”

Of course, the media scrutiny Swift and her love life are constantly under is enough to make any burgeoning romance collapse. In an interview with Katie Couric airing Friday, Oct. 26, Swift explained that the pressure often gets to be too much.

“I don’t know how to have a normal relationship because I try to act normal and love from a normal place and live a normal life, but there is sort of an abnormal magnifying glass, like telescope lens, on everything that happens between me and anybody else,” she said during her appearance on Katie.

“So I don’t know how to do that correctly or anything. I don’t really know that much about love, it turns out.”

Red is available in stores and online now.