In these final days before the election, folks seem to be slipping when it comes to political correctness. Even our commander in chief is joining in on the fun. Lately you can’t throw an F-bomb without hitting someone in the spotlight who’s forgotten they’re in the spotlight. Here are the big offenders… 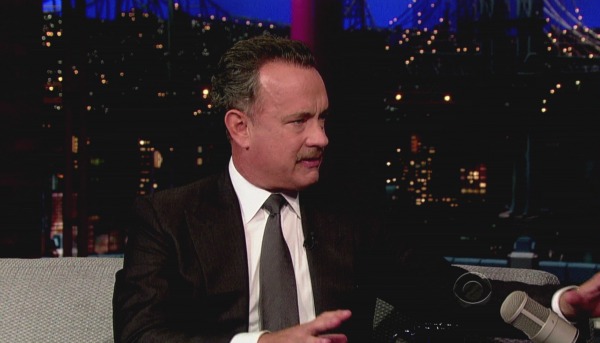 Beloved Hanks kicked off the World Profanity Tour by lobbing the first bomb (F-bomb, that is) during a live broadcast of Good Morning America on Oct. 19. He slipped into character and then with a slip of the tongue, said the f-word, to which the viewing audience replied, “WFT did he just say?” There go Hanks’ live TV privileges for a while.

Tom Hanks is so, so sorry for dropping ‘F bomb’ on GMA >>

Conservative and controversial Ann Coulter stepped in a big pile of Twitter poo after the last presidential debate when she commended Romney for being kind and gentle to the r-word (referring presumably to President Obama, and not Bob Shieffer.) Even though the “r-word” is something we’ve all either used or heard someone use with absolutely no intent of malice toward the mentally handicapped, it’s not nice and we shouldn’t use it. The end. That said, if we are going to call Coulter out on something, it should be that she resorted to name-calling; it’s poor form, lacks creativity and makes her sound like a first-grader. Further, she loses all credibility when she suggests that the president is not a bright individual. She may not agree with his policies, but he’s never called his opponent something inflammatory like r*****. 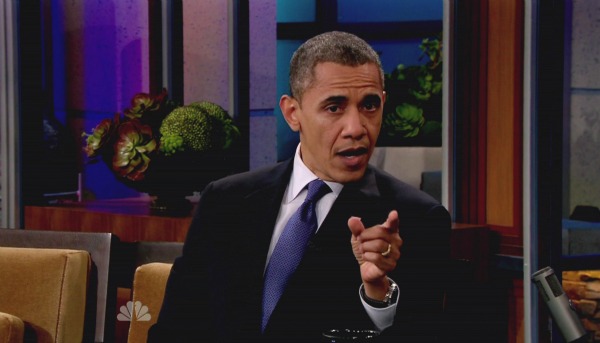 …unit now. Oops. In a Rolling Stone interview, the magazine’s executive editor’s 6-year-old told the president he “could do it,” and the president responded by saying that kids have good instincts and can tell the other guy’s a bull*******. Did the president rip a page out of Joaquin Phoenix’s book, who a week ago said the Oscars were bull****? (We can almost hear the academy erasing Phoenix from the nominee list.) It seems we’ve switched gears from mud-slinging in this campaign to the s*** hitting the fan. Good for the president. While dismissing his opponent as a bull******* is weak, it’s refreshing to hear a politician say something real and unrehearsed. Now, if Romney and Obama could just launch into a series of “yo mama” insults, b****-slap each other and tell each other to F.O., our week would be complete.

In response to Trump’s offer of $5 million to President Obama’s favorite charity if he unsealed his college and passport records, Stephen Colbert of Comedy Central’s Colbert Report offered Trump $1 million if Colbert could dip his unmentionables into Trump’s, um, mouth. It would appear that in the final days leading up to the election, the gloves are off. We all love testicle humor, so let’s not waste any time pretending we don’t. This is frickin’ funny. All we have to say about this is if Trump and Colbert have a collective $6 million to give away, stop bickering about who it goes to and why, and just give it to us.