It looks like Jason Segel has made a huge impact on the very reserved Michelle Williams as the two take a big step in their relationship. 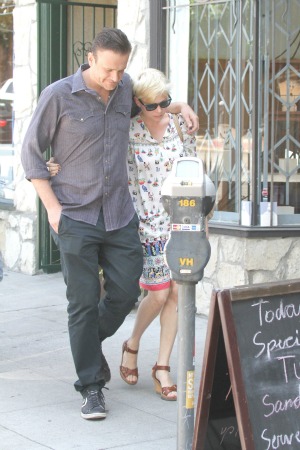 The ultra-private Michelle Williams has taken a big step in her relationship with actor Jason Segel by moving in with him in her beloved Brooklyn. The actress and her daughter, Matilda, from her relationship with the late Heath Ledger, are renting an apartment while Segel commutes to the Los Angeles set of the CBS comedy How I Met Your Mother.

Michelle and Matilda had been living in a Boerum Hill brownstone that she purchased in 2005 with Ledger while they were still dating. Now, according to the Mail Online, she has moved to a waterfront apartment “in a stunning converted warehouse behind gates” with a panoramic look at the Big Apple.

This is also significant because it appears the Oscar-nominated actress has truly put the loss of Ledger behind her. In a moving interview with Cynthia McFadden on ABC’s Nightline back in December 2010, Williams revealed that with her ex’s untimely passing, “all those possibilites that existed then are gone. It didn’t seem unlikely to me that he could walk through a door or could appear from behind a bush. It was a year of very magical thinking, and in some ways I’m sad to be moving further and further away from it.”

Williams and Segel have been dating since the beginning of the year after being introduced by her best friend and former Dawson’s Creek co-star Busy Philipps. Philipps formerly starred on short-lived Freaks and Geeks with The Muppets actor.

The relationship began to heat up over the summer as the duo and Williams’ 7-year-old daughter were spotted all over the city enjoying family activities. Now, it seems that they are forming their own family unit. As a source told the Mail Online, “They’ve been here a few months now and they look right at home.”

Williams will next be seen as Glinda in the highly anticipated adaptation of Oz:  The Great and Powerful, coming in 2013, while Segel will be in Judd Apatow’s This Is 40 which hits the big screen on Dec. 21.