The rapper and music mogul’s busy schedule was briefly interrupted today when a car he was in got smashed into in Los Angeles. Diddy refused treatment, but witnesses say he looked injured.

Related story One of J.Lo's Famous Exes Commented on Her Instagram (& so Did A-Rod) 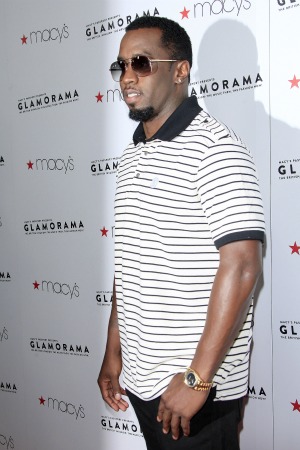 Sean “Diddy” Combs was involved in a car crash Wednesday in Los Angeles, but he was not hospitalized. He was reportedly a passenger in an SUV that was hit by another car near the Beverly Hills Hotel.

“Beverly Hills police Lt. Lincoln Hoshino said Combs was riding in a Cadillac Escalade on Sunset Boulevard when a Lexus sedan turned left in front of it, and the vehicles collided,” said the Associated Press. “Hoshino says Combs complained of pain, but said he would seek his own medical attention. No one from either vehicle was hospitalized.”

Lt. Hoshino told the LA Times that the accident was reported around 1 p.m. on Wednesday near Sunset Boulevard and Crescent Drive.

TMZ posted a photo of the SUV after the crash, and it looked pretty smashed up. TMZ also reported that the music mogul had to lie down in the grass following the incident. The drivers of his vehicle and the other vehicle also complained of pain.

“A phone message left for Combs’ publicist was not immediately returned, and Combs made no mention of the crash on his often-updated Twitter account,” said the Associated Press.

Besides getting run into by cars, Combs has been staying busy as usual. He was recently honored by the National Action Network, Rev. Al Sharpton’s organization.

“When you get an award of this magnitude by such a prestigious organization you ask yourself, ‘are you truly worthy of this award?’ And for me, I had to be honest with myself,” Combs said, according to the Huffington Post. “I had to honestly look at those have come before me and the responsibility that they’ve taken on… we were able to do it just through the hip-hip spirit and the hip-hop culture.”

He ended his speech by comparing Rev. Sharpton to the likes of “Martin Luther King, Malcolm X, Quincy Jones [and] Clarence Avon.”