The model was charged with assault with a deadly weapon, because he is a former boxer. What does this mean for his future on the show? 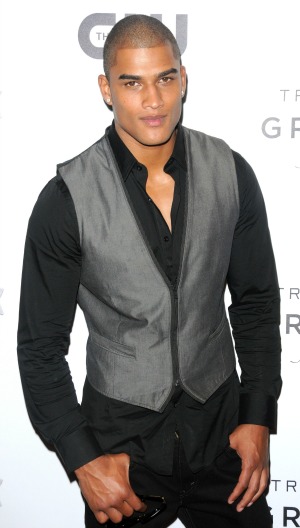 A new addition to the judging team at America’s Next Top Model is in trouble with the law. British model Rob Evans was reportedly involved in a battery case back in March, and the Beverly Hills Police Department has confirmed that a warrant has been issued for his arrest.

“Police say that Evans, who is wanted in connection with an incident that allegedly went down in March, had been in touch but has since ceased communicating with them and they are ‘actively’ looking for him,” said E!

Initial reports had said the police department may have dispatched a special team of fugitive hunters, but new information has confirmed that is not true.

According to TMZ, Evans “is accused of beating the other guy up so bad, the victim ended up in the hospital with serious injuries. We’re told Rob’s boxer past is part of the reason he’s wanted for felony assault with a deadly weapon.”

The model has been linked to Tyra Banks in the past, but both have denied a relationship. America’s Next Top Model recently announced it would be filming a co-ed season. Banks had originally wanted all males but settled for having both genders. And Evans showed some of his thoughts on women when he talked about the change to the show.

“I think it’s cool they switched it to females and males because if it was all males, they aren’t as b–––y as the women,” he told People. “So it wouldn’t be good TV.” He added, “There is only so much you can get out of [a] male model.”

Evans was initially let go after the arrest because he was cooperating, but police said they issued the new warrant when he failed to stay in contact with them. His bail on the arrest warrant has been set at $150,000.