Ashley Greene decides to go it alone as she breaks up with her boyfriend of 10 months, Reeve Carney. 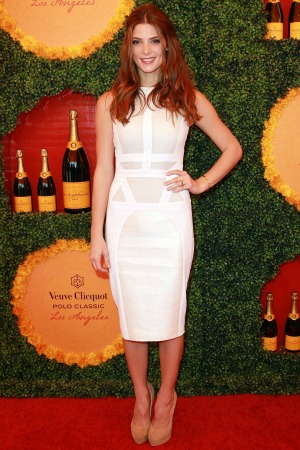 Ashley Greene is making news this week, but it isn’t for her turn in the final The Twilight Saga movie — it’s for her love life. The 25-year-old actress quietly broke up with her Broadway star boyfriend, Reeve Carney, after 10 months of dating.

Greene recently alluded to her dating status in the November issue of Marie Claire magazine, revealing, “I’ve gotten very good at detaching whenever I have to go away for three months, which I realize is hard on friends and kind of selfish.”

She and the Spiderman: Turn Off the Dark star first played coy with their relationship in late 2011, telling people that they were just friends. However, by the holiday season, the couple were seen all over New York City, from the Rockefeller Center tree-lighting ceremony to dining at Virgil’s Real BBQ in Times Square near Carney’s place of work.

It appears that the heavy schedule for the upcoming press tour to promote The Twilight Saga: Breaking Dawn — Part 2 and the actor’s Broadway career demanded too much time away from the relationship. Sources told US Weekly that “she knows this is a pivotal time in her career. I wouldn’t say I could never see them getting back together but right now they are doing their own thing.”

When Carney is not performing as Peter Parker/Spiderman on the Great White Way, he is often seen playing with his band, Carney. His song “New For You” will also be featured on the soundtrack his ex-girlfriend’s upcoming movie.

After the Breaking Dawn release, Greene will be seen in CBGB in 2013, based on the legendary NYC punk club. It also stars Malin Akerman, Rupert Grint and Alan Rickman.