Once Upon a Time is getting into the Halloween spirit. Next week’s episode is inspired by one of horror’s most iconic stories. It will also reveal some much needed info on Storybrooke’s shady Dr. Whale. 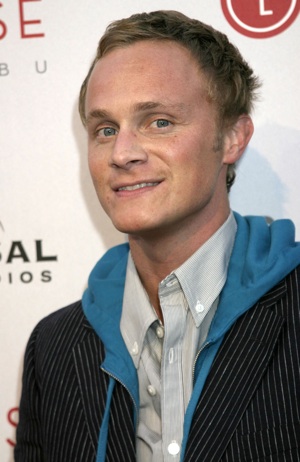 Who is Dr. Whale (David Anders)? That’s what fans of ABC’s Once Upon a Time have been trying to figure out. During Season 1, most of the characters were shown in both Storybrooke and Fairy Tale Land.

We saw them both in the present day and in flashbacks as their alter egos. But Whale’s identity is still unknown. This Sunday, Once Upon a Time will shine a light on the mysterious character in “The Doctor.”

The episode will serve as a vehicle for both Whale and Regina (Lana Parilla), who share a sordid past. In keeping with the Halloween theme, there’s a horror twist.

In her past life, Regina was in love with a stable boy named Daniel (Noah Bean). He was killed by her wicked mother Cora (Barbara Hershey), which set her on the path of destruction. So where does the good doctor come in? It turns out Whale got possession of Daniel’s body and brought him back to life.

Clip: Once Upon a Time‘s Hook wrestles with Rumple >>

Whale took his corpse, stole one of Regina’s hearts and went to work. During the clip, there’s a moment when she confronts him about Daniel’s whereabouts and Whale exclaims, “I brought him back, but he’s not Daniel. He’s a monster.” Cue the thunder and lightning!

Is his identity coming together yet? It sounds like they’ve taken a page out of Mary Shelley’s Frankenstein. All the pieces fit. Watch the clip for yourself and see if you agree with our theory.

Do you think Dr. Whale is really Dr. Frankenstein?