If watching this year’s presidential debates proved anything, it’s that political platforms can be difficult to decipher. To cut through the confusion, why not get a little superhero-style help in the form of presidential candidate bio-comics? 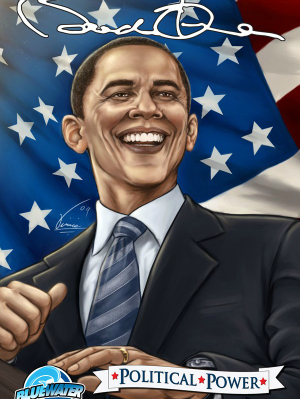 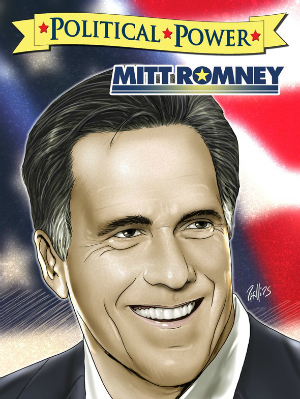 Election Day is less than two weeks away, and — thanks to mocking memes about Big Bird, binders of women, and horses and bayonets — many of us are more confused about which candidate to endorse than ever before. Can we really be ready to head to the polls and cast our votes on November 6th?

Bluewater Productions, Inc. hopes to help undecided voters do just that with the release of their Political Power bio-comics featuring Barack Obama and Mitt Romney. Instead of political platforms and socio-economic issues written in hard-to-understand jargon, the bio-comics serve up insight into the lives and political stances of the two candidates in true comic book fashion — think primary colors, thought bubbles and frame-by-frame storytelling.

Featured on CNN, Fox News, CNBC and more, Political Power: Barack Obama and Political Power: Mitt Romney offer an entertaining, slightly satirical, yet still factual look at the two faces of the 2012 presidential election. At times biting — Barack’s bio-comic starts by describing him as an “idealized Superman” who repeatedly lets down his public — the comics are meant to present readers with presidential truths in a palatable way.

With so many comical twists and turns this election season, slapping some bright tights on Obama and Romney and telling their stories via a fantasy world almost seems like a natural progression. Did Obama really drink the blood of chickens? Did Romney single-handedly ensure the success of the 2002 Winter Olympics? Maybe not. But, while the bio-comics poke fun at these sensationalized claims, you might discover something equally as interesting that you didn’t know before.

If reading about this election’s issues amidst colorful caricatures of the presidential candidates piques your interest, head over to ComicFleamarket.com to order copies of Political Power: Barack Obama and Political Power: Mitt Romney.

Election 2012: What moms should know
Obama vs. Romney: What they think on foreign policy
Donald Trump’s doozy: 10 theories on Obama’s “secret”
Michelle Obama: We are better off than 4 years ago