Donald Trump had the political world all worked up, thinking he had some kind of dirt on President Barack Obama that could possibly derail his chances at reelection — but all The Donald has to offer is a bribe. 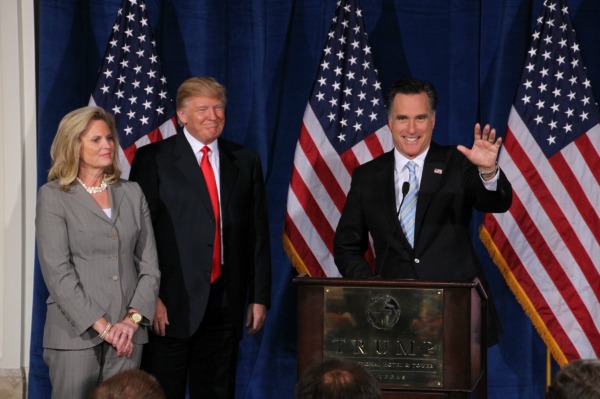 Another day, another ridiculous hair-brained scheme by Donald Trump to become relevant in the political realm. The real estate magnate, reality star and ardent supporter of Mitt Romney has claimed for a week that he had a major announcement about President Barack Obama that could shake the incumbent’s chances at winning the election. Turns out it was all just hot air, and all Trump has is a bribe.

In a video announcement posted on Trump’s YouTube channel, he offered Obama $5 million (to be donated to a charity of the President’s choice) if he releases his passport records, college records and college applications. Yawn.

“We know very little about our president,” Trump said in the video. “I am very honored in having gotten him to release his long form birth certificate or whatever it might be… [Now] I have a deal I don’t believe he can refuse.”

What’s the purpose behind seeing those records? Trump is still operating under the delusional birther conspiracy theory that Barack Obama is hiding his “true” birthplace — Kenya — and is not actually eligible to be the president, despite the fact that every record already provided proves he was born and raised in Hawaii.

Anyway, if you need a good nap, check out Donald Trump’s video message to Obama: