Lindsay Lohan thinks the whole world is hers for the taking. The latest accusation? She stole $15,000 worth of clothes from the set of Scary Movie 5. 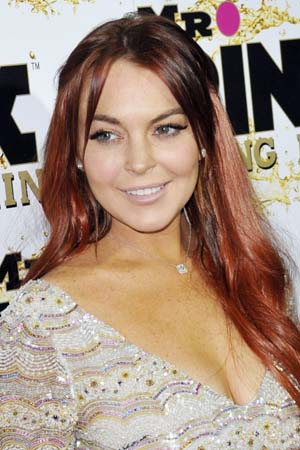 Lindsay Lohan might be back to her old self in more ways than one. Fresh off her father’s failed intervention comes news that the troubled starlet pilfered $15K worth of clothes and accessories from the Scary Movie 5 set.

“It was the talk of the set in Atlanta,” a source told the National Enquirer.

“The clothes were on her wardrobe racks. Some nice tops and skirts and other items were gone. I guess Lindsay thought she was entitled to it, like free soap at a hotel. All the other actors knew about it, but the producers just put it down to the price you had to pay for doing business with Lindsay.”

“The wardrobe people were unhappy about the missing clothes, but at the end of the day the producers decided it was more trouble than it was worth to try and get them back.”

Lindsay Lohan might be the victim in car accident >>

We’re actually surprised she had time to steal stuff from the set, given that producers had to physically bring her there in order to get any work out of her.

This is hardly the first time she’s been accused of stealing something that didn’t belong to her. The actress almost earned some serious jail time for taking a $2,500 necklace from a Venice, California jewelry store in January 2011. Lohan said it was a gift, but the store owner said otherwise.

“Her friend [stylist] Patrick [Aufdenkamp] was asking me all kinds of questions so I was distracted,” Sofia Kaman testified in 2011.

Lindsay Lohan screams for her dad during NYC arrest >>

She was also banned — albeit temporarily — from the Chateau Marmont in August for skipping out on a $46K hotel bill. Of course, she thought the producers from Liz & Dick were going to pick up the tab. They said no way — they only provided her a $5,000 advance on her salary to pay for accommodations. The suits eventually relented when Lohan said she’d only promote the film in a Barbara Walters interview if they ponied up the cash to pay off her debt.

“She had them over a barrel,” one source told The Daily. “She demanded that the hotel bill be cleared up.”

Oh, Lindsay: Will you ever learn?