The latest episode of The Vampire Diaries calls for more fights, a “romantic” ride and a (possible) departure for one of the brothers. Will Elena be able to convince them that they can both stay? 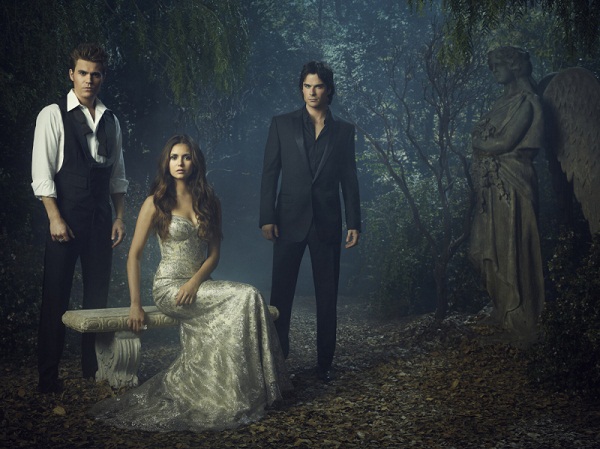 Nothing is ever calm in Mystic Falls. There’s always another threat: An evil vampire, an obsessed slayer, corrupt government or zombies. (Have there been zombies yet? If not, give it time.)

This week could have been calm. Elena (Nina Dobrev) could have curled up for a cold night of cuddling with her two beefy lover-brothers and watched Treme. There could have been blood-drizzled popcorn and blood-flavored Coke. But, no! Someone is always around to mess up date night.

This time that ruiner of plans is Connor. Determined that evil lurks in Mystic Falls, the dude won’t leave and continues to poke around. Damon (Ian Somerhalder), ever the “good guy,” decides the best course of action is to hunt down Connor and kill him.

Once he’s got Connor, though, Damon says he’s hitting the road and heading straight out of Mystic Falls. He and Stefan (Paul Wesley) made a deal — only the brother Elena chose should stay in town. Now that Elena has (sort of) chosen Stefan, Damon is ready to flee. 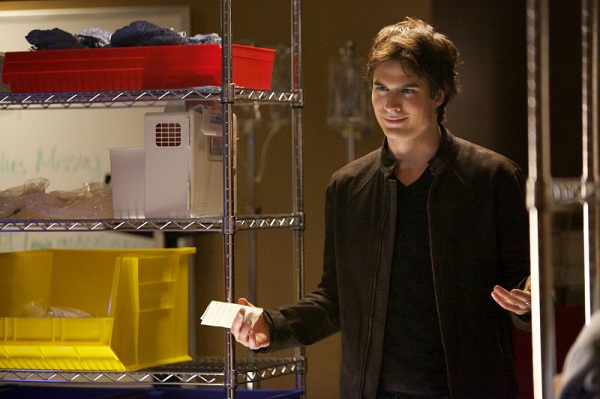 Will he actually make it out, though? It seems unlikely. There will always be something (or someone) holding the brothers to Mystic Falls.

As Elena continues to sulk about her new immortality, she’ll need a pack of friends to help her out of her hole. She may have chosen Stefan, but she’ll want both brothers’ support.

Added adventure: In an effort to show Elena a good time, Stefan takes her for a ride. Their mode of transportation: The spiffy new motorcycle he just bought, of course!

To see who makes it out of Mystic Falls alive, watch The Vampire Diaries Thursday night on The CW at 9/8c.