There’s conflict left and right on the bright streets of Vegas! The Lamb brothers aren’t getting along and Vincent Savino can’t seem to make a friend to save his life! At least he’s a good driver and can save it himself! 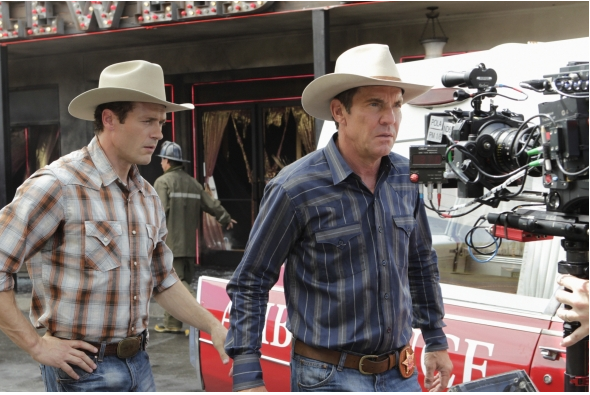 Sheriff Ralph Lamb (Dennis Quaid) proves once again that he makes the rules and others abide, but this time it’s not against the rule-breakers. No, this time the conflict emerges with his brother, Jack (Jason O’Mara) over an old oak tree. That’s right. A tree.

Jack wants to move the tree, but Ralph refuses to let him. In a touching moment, Ralph remembers his wife (who has passed away) hanging laundry on the clothesline by the oak tree. He sits on his couch and has the perfect view of his window of those special, yet mundane memories. There’s no way he’s moving that tree, but he won’t tell Jack why. Stubborn cowboy pride, I suppose.

Maybe it’s respect for the family hierarchy, but Ralph always seems to win and after 30 some odd years (maybe 40?) Jack seems to be growing rather tired of it. So, despite Ralph’s obvious disdain for all things mob related, Jack makes a move on the notorious Johnny Rizzo’s daughter. Mia (Sarah Jones) is stunning and always has amazing hair, so I can see the appeal, but you have to wonder how a relationship between a mobster’s daughter and a law man would ever survive in this feuding city? 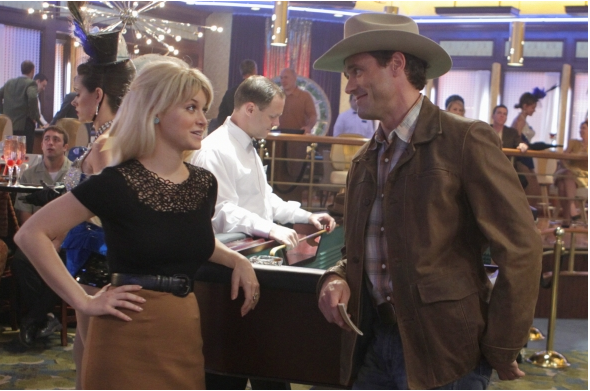 Unfortunately, he’s too late because that dirty DA already scooped her up for a romantic drive to the Hoover Dam. I caught that twinkle in her eye for Jack, though. He may still have a chance.

Vincent Savino (Michael Chiklis) and his newly acquired enemies are to blame for most of the city’s conflict. Since Angelo told him he couldn’t expand the casino from the inside, Savino decided to make a move on his own and expand from the outside by partnering with the owner of the Tumbleweed Casino across the street.

Unfortunately, the Milwaukee mob wants in on the deal as well and decides to take Savino out. But, the guy’s got moves! He dodges bullets and drives his car away from the gunmen while lying down. The things you learn from a life of crime.

Savino, as usual, showed them who’s boss and they wound up with bullets in their brains in the trunk of a car. Unlike those other guys, Savino makes sure he gets the job done. However, Savino’s boss doesn’t like that he made the deal without his permission, so he’s definitely skating on thin ice here… with everyone.

The 1950s style, culture and energy shine in this show and are a huge part of what makes this show so fun to watch! Here’s a behind-the-scenes look at how everything comes together to bring this true to life story to the same screen.