Leah Messer is about to become a mom again. The Teen Mom 2 star confirmed that she’s pregnant with baby No. 3. 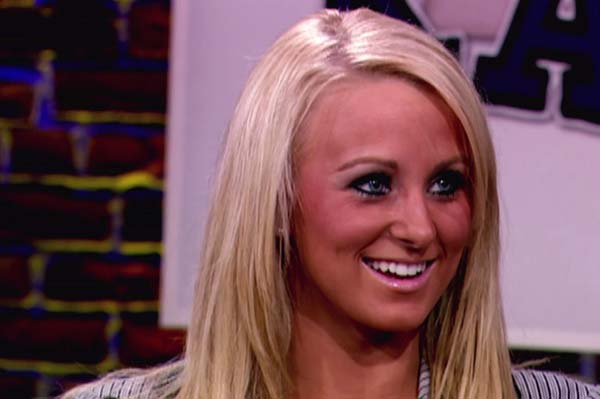 Teen Mom 2 star Leah Messer might only be 20, but she’s been married twice — and now she’s about to be a mom times three. The Kentucky native is set to welcome a third child with husband Jeremy Calvert, she confirmed Tuesday.

“Jeremy and I are excited to be adding a new addition to our family,” Messer told US Weekly. “Being a teen mom was difficult, but I’m older and in a different place now — married to Jeremy and excited for our family to grow.”

Messer found fame on the hit MTV show when she was pregnant with twins Ali and Aleeah. She later married the girls’ father, Corey Simms, but married life turned out to be a big challenge. Their struggles — documented on the show — ultimately led to their divorce in 2011 after six months of marriage.

She met Calvert soon after the marriage imploded. Rumors of a new pregnancy emerged almost immediately, though Calvert later confirmed she had a miscarriage in January 2012.

“It’s a devastating experience, but all I can do is support Leah and take things day by day,” Calvert told OK! Magazine. “It’s hard, but we will get through it.”

They married in April 2012 in a small ceremony in Catlettsburg, Kentucky. Now, the 20-year-old is in a happier place now and ready to be a mom again.

“Ali and Aleeah can’t wait to meet their new brother or sister,” she added. “We feel incredibly blessed and look forward to this next chapter in our lives.”