Think awards shows are a major snoozefest? Our fantasy categories give the 2012 CMAs a spicy update.

Sometimes award shows can get a little boring with the same categories — and even the same nominees — year after year. With the 46th Annual CMA Awards airing live from Nashville, Tennessee, on Nov. 1 on CBS, SheKnows.com thinks now is a perfect time to spruce up those dusty country music award categories with a little pop culture and sarcastic spice. 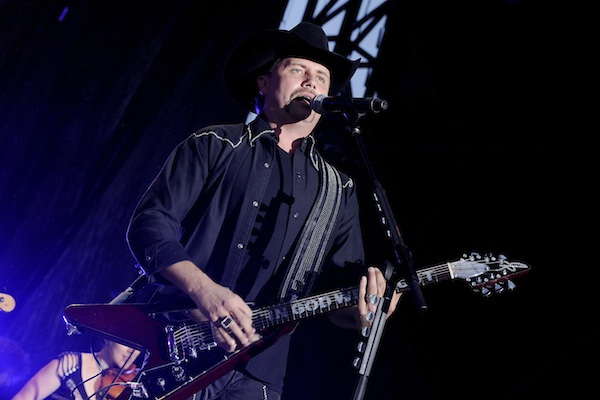 Scrolling through male country music stars’ faces is like a battle for cowboy hats and facial hair. Designed to look macho, but styled with metro precision, male facial hair is truly an art form and major expression of personality within the country music scene. It just might even be bigger than the cowboy hat. If the CMAs Awards ever found it in their heart to lighten up a bit, we think the absolute winner of this category would be John Rich (see above) from country duo Big & Rich. Nothing seems hotter than a mustache with parallel lines. 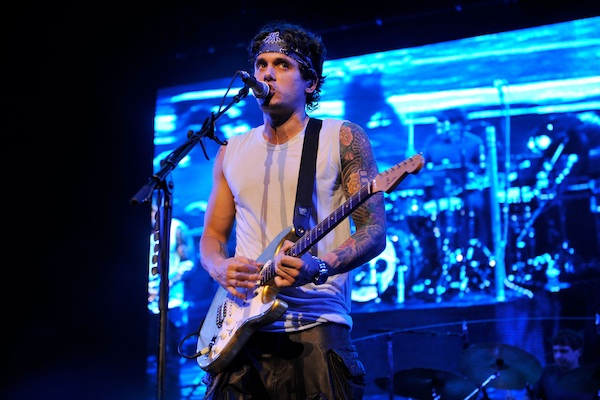 Taylor Swift is only 22 years old, but the girl is a known serial dater and isn’t shy about putting her past loves on blast with melodramatic tunes. This category reaches outside of country music for its nominees: Joe Jonas, Taylor Lautner, Jake Gyllenhaal, John Mayer, and Conor Kennedy. Our trophy goes hands down to John Mayer, given his creepy decision to date a 20-year-old Swift in 2010 when he was 33. Heck, Swift couldn’t even legally have alcohol, so that’s calling it a bit young. Moreover, it’s pretty much confirmed that John Mayer is the subject of Taylor Swift’s song “Dear John,” in which Swift calls out Mayer for his “dark, twisted games.” 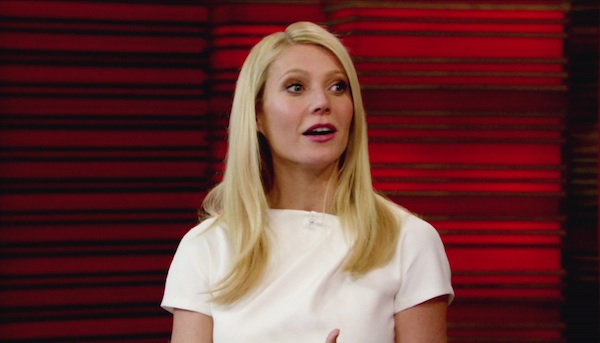 OK, this category might be a little snarky, but in all fairness the recent trend of actors, pop stars, and rock musicians magically turning up in country music has been making us do a double take. Notable offenders include Gwyneth Paltrow, Darius Rucker, and Kelly Clarkson. However, while both Rucker and Clarkson were welcomed with open arms into country music, Gwyneth Paltrow never seemed to shake her awkward presence. So, while we loved Paltrow in Country Strong, we think her decision to push her way into real country music was misguided and a bit embarassing. 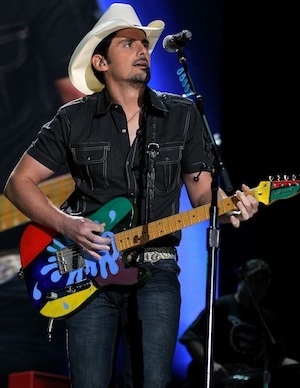 Is it a requirement that if you perform at the CMAs your guitar must be tricked out and bedazzled? We think so after scrolling through pages of past CMA performances.

Taylor Swift is an obvious nominee with her glitter guitars in practically every color. Tim McGraw managed to keep his performances more traditional with beautiful, classy guitars. Toby Keith was not so lucky and also seemed to favor loud colors.

But it really comes down to Taylor Swfit and Brad Paisley for this category. Swift loses out to Brad Paisley, though, with this horrifically ugly guitar that showed up at at the 2011 CMAs (see right). We’re not sure what the point of this guitar design is supposed to be — some sort of blue splash with Jamaican-inspired colors? Who knows. It doesn’t seem country to us — just weird.

What awards do you think are missing from the 2012 CMAs?