After last night’s debate and the flood of information about each candidate’s foreign policy positions, it’s a little hard to differentiate the two candidates’ plans from each other. So what is the lowdown, and what is important to know before we head to the ballot box on Election Day? Here are a few key points to know before you check your future president’s box. Their views may seem similar, but who gets elected will affect the United States’ relationship with the world for decades to come. 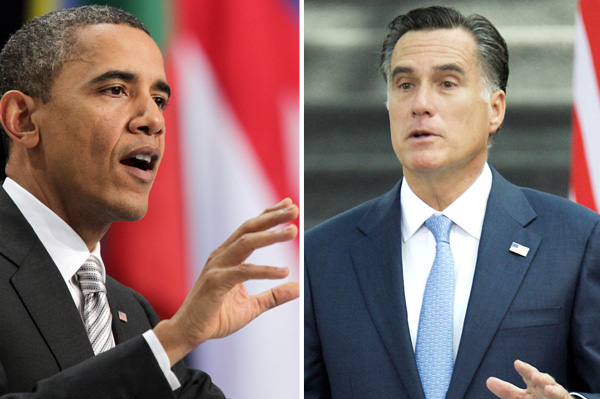 Barack Obama wants to provide visionary leadership and renew the United States’ global leadership through his foreign policy. He wants a renewed military that is leaner, more efficient and capable of more rapid response to crises. He believes that the threats to our country are different from what they were 30, 20, or even 10 years ago. He believes that nuclear proliferation is the biggest threat to our nation today and that Romney’s foreign policy vision isn’t clear to Americans or our allies.

Mitt Romney wants to reestablish America as a military and economic superpower. His main goal is to defeat jihadists and turn the tables on China so that we become their chief competitor rather than they being ours. He is animated about ensuring that Iran doesn’t obtain nuclear weapons, and he strongly believes Obama’s foreign policy isn’t strong enough.

Romney believes America needs to further open itself up to the global market, as Asian economies are growing quickly due to their nonprotectionist policies. He wants to reduce tariffs, bring down corporate taxes and help the United States to become more competitive in today’s global market. He wants looser laws on immigration so that highly skilled workers can come to this country, but that means more strictly enforcing immigration laws and giving fewer visas to low-skilled workers.

Obama defends his record when it comes to China. He says China is an adversary but also a potential partner in the international community, as long as it follows the rules. If re-elected he would make sure China keeps following those rules. He doesn’t believe Romney’s style of open contempt for China is good for foreign relations in the long run.

Romney has pledged to not extend any help or kindness to America’s foes, as they have not earned it.

Romney doesn’t believe Obama has followed through and met the expectations of African leaders, nor does Romney believe Obama has done his best to contain unrest in Africa. Romney plans to end abuse in African nations, strengthen security and promote diplomatic relationships.

Obama has regularly met with African leaders throughout his presidency and plans to continue America’s involvement in humanitarian efforts in Africa. The White House announced in June a strategy that will focus on economic possibilities and developmental progress.

Romney vs. Obama:
The Middle East

Romney wants to prevent the Arab Spring from becoming an Arab winter. He wants to forge a relationship between Libya, Egypt and Tunisia. He believes Syria’s leader is a dictator who will not respond to American diplomacy.

Obama wants to end the spread of weapons of mass destruction while creating a stable Middle East and advancing rights for all its inhabitants. He will continue to make sure America and all its interests and people in this region are protected.

Obama promises that he will bring all troops home and continue the use of drones to remove al-Qaeda from the region. He pledges to help Afghanis transition to a stable government after American troops exit their country.

Romney says Obama’s plans give the upper hand to insurgents and members of al-Qaeda. He says he will meet with military commanders to discuss an alternative and appropriate time for withdrawal of troops from Afghanistan.