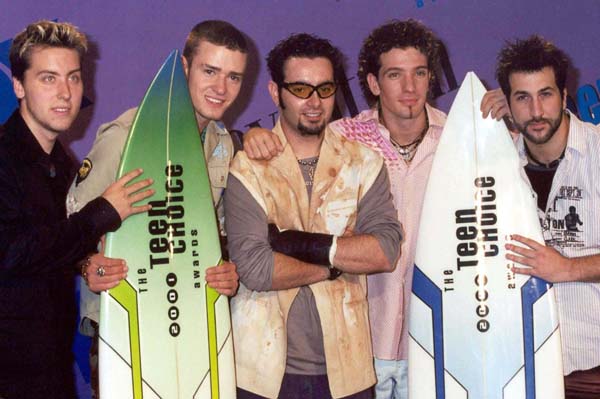 Lance Bass and Joey Fatone couldn’t keep their excitement a secret after Justin Timberlake announced his engagement to Jessica Biel. Either that, or they’re better actors than we thought. Both commented about the wedding and talked about what they planned to do at the much-anticipated nuptials.

The problem? None of Timberlake’s former group mates were invited to the wedding last week in Italy. Burn.

“The band were not invited and are pretty upset about it. But the wedding guests were mainly close family and friends,” a source told The New York Post‘s “Page Six.” Apparently, those close friends included Jimmy Fallon, Questlove, Biel’s former 7th Heaven co-star Beverley Mitchell and Andy Samberg.

Bass hinted to Entertainment Tonight Canada that he might even sing at the wedding.

“You never know. We might do a little improv, a capella [at the wedding],” he said.

Apparently, they aren’t as close as they thought.

Fatone did give his best wishes to the couple earlier in the year.

“Don’t listen to all the BS,” he told Parade in March. “Especially in his situation, he and his fiancee — I haven’t really talked to him about everything yet — but they’re both in the limelight as well. It’s tough for those celebrity couples. It’s really hard. My wife wasn’t in the limelight, which made it easier.”

We have to say, it seems a bit harsh for Timberlake to turn his back on guys he spent so much time with. Then again, they haven’t really worked together for nearly 10 years, and the relationships might be frayed.

Justin Timberlake and Jessica Biel before the Hollywood romance >>

Fatone, Bass and the gang will get their opportunity to see the photo album from the wedding — along with the rest of us. People paid a reported $300,000 for the exclusive photo rights.

Do you think Justin Timberlake should have invited the *NSYNC gang to his wedding?