There’s something curious about the case of Lance Armstrong’s advertisers. Why do brands stand by the side of vilified sports stars such as Michael Vick, Kobe Bryant and Tiger Woods — but not the cyclist? Industry experts explain the key difference that makes Mr. Armstrong’s scandal something they can’t handle. 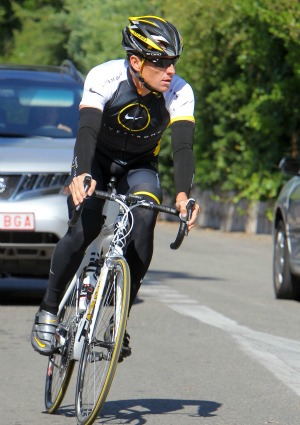 Lance Armstrong’s advertisers are tearing up their sponsorship contracts and washing their hands of the fallen hero. In the wake of the cyclist’s seven Tour De France titles being stripped from him amid a doping scandal, Nike and other big names have finally had enough.

Lance Armstrong will no longer be associated with Nike, RadioShack, Anheuser-Busch, Trek bikes or Giro helmets. It’s estimated that the former Livestrong foundation chair is losing millions of dollars in potential future earnings.

Why have Lance Armstrong’s advertisers fled when big-name companies have stuck by other athletes through jaw-dropping scandals before? Nike stood by Kobe Bryant when he was accused of sexual assault and stood by Tiger Woods when his marital infidelities made headline news, and while Nike broke ties with Michael Vick before he went to prison for dogfighting in 2007, they re-signed him in 2011.

The difference, it seems, is that Lance Armstrong’s fouls took place on the playing field. Though the public may have detested Bryant, Woods and Vick, their transgressions had little to do with their sport — a key differentiator to Nike, whose brand platform is authentic athletic performance.

“Contrary to the cases involving Tiger Woods and Michael Vick, Lance’s role went far beyond himself and affected the sport of cycling by influencing other athletes and undermining the cycling community, ” said Sharon Napier, CEO of Partners + Napier.

“We used to joke that they were the untouchables — [Michael] Jordan, Tiger [Woods] and Lance — the upper echelon of Nike,” said Slate Olsen, general manager of cycling club Rapha North America and a former Nike employee who worked on the Livestrong brand in the 2000s, to The Wall Street Journal.

My, how times have changed.

Do you think Lance Armstrong’s advertisers are in the right to dump him now?