Nicholas Sparks is an accomplished, busy writer, but he’s never lost sight of the importance of connecting with his readers in an honest way. We asked for an exclusive interview with the author and he delivered. Join us as we talk about his literary journey and the birth of his latest work-turned-movie. Be sure to also check out the exclusive poster attached below! 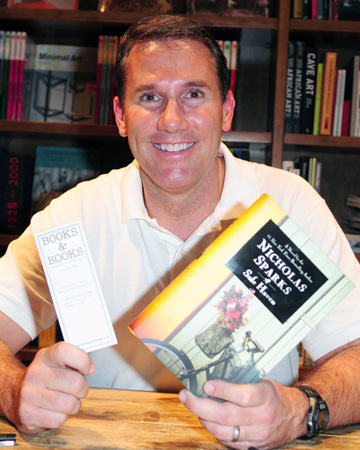 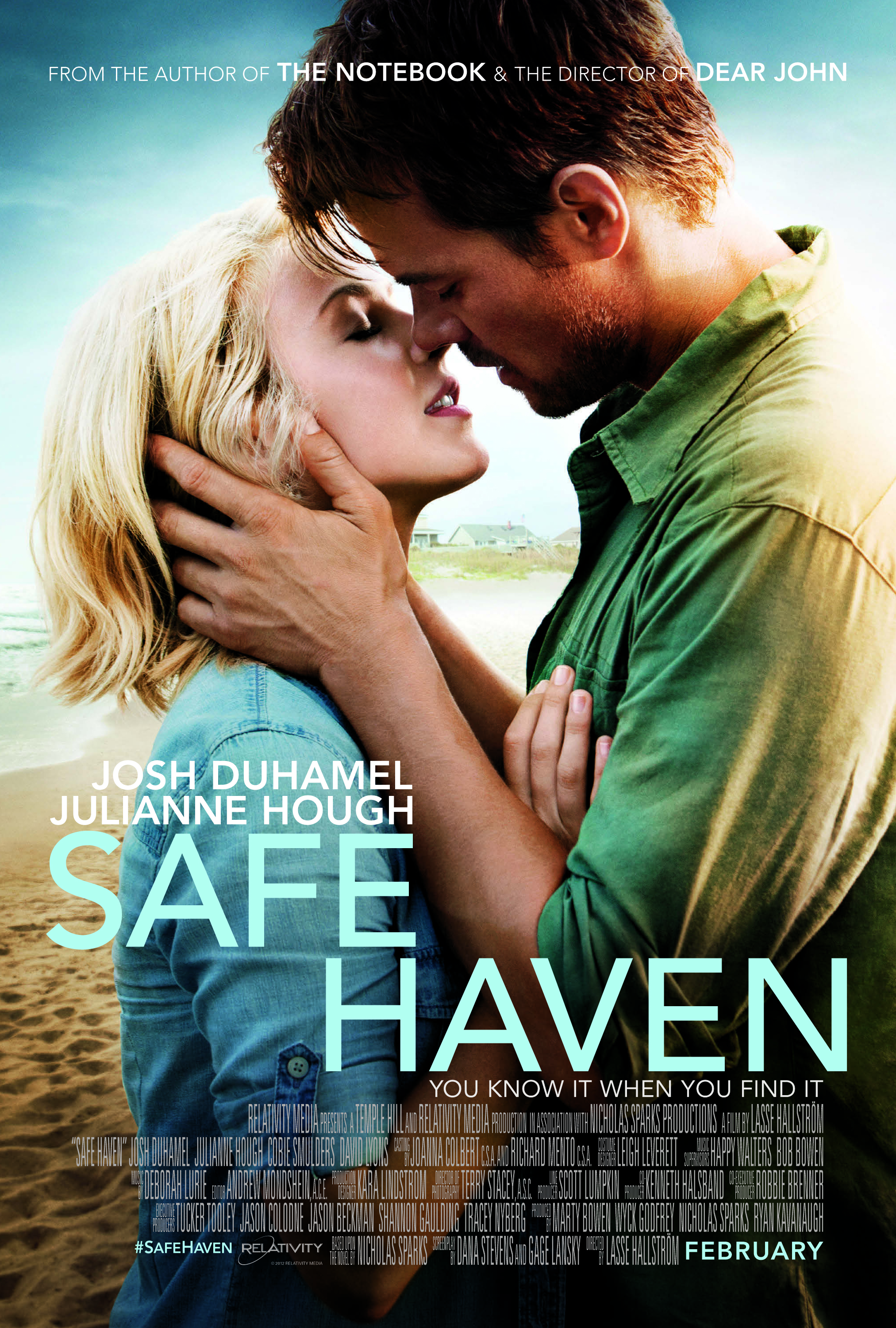 I have to be honest.

Before this assignment, I knew little of Nicholas Sparks.

I mean I respected him for his craft; I write a grand total of, say 1,500 words a day and this guy gets paid to write novels by the pound.

I can’t say I didn’t like the guy or that I intentionally avoided his work; it’s just been awhile since I had a girl on my side, begging me to sit down and watch the next Sparks book-turned-movie.

So, when I got the chance to draft some questions for the big guy, I figured I’d test him. You know, see if the author of modern love had the character to back up his stories.

I wasn’t on a mission to drill him. I just wanted to dig a little deeper than the traditional interview and see what how he responded.

I was pleasantly surprised, and am thankful for his time.

The characters you read about and take to heart are but a thread of the man who dreams them up.

Sparks hasn’t let the fame go to his head.

He’s honest, humble and sincere. And this legitimacy is a testimony to his work. 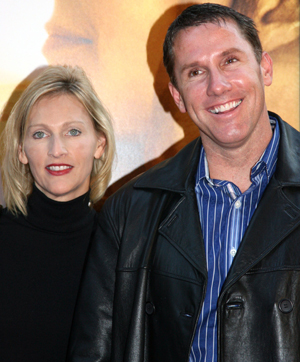 SheKnows: How much of yourself, your personal experiences, your dilemmas and successes inspire the characters in your work, specifically Safe Haven? Do your characters show shades of you or are they unique creations for each project?

Sparks: The Notebook was inspired by my wife’s grandparents, who had a very special relationship for more than six decades, and so the durability of that love informed Noah and Allie’s story. My wife also inspires many of the female leads in my books — she’s an inevitable influence as I think about love and family. Others, like Message in a Bottle and A Walk to Remember, were also inspired by family, but Safe Haven is fictional.

SheKnows: How vital is environment and sense of place — both from a cultural and natural standpoint? And, where does Safe Haven take its audience?

Sparks: Setting is a major aspect in writing all of my books, both in terms of natural and cultural environments. One of the main reasons I set my books in North Carolina is the same reason I live there myself: It feels like home. I love the community, the pace of life, the languid summers and slow-moving rivers, and the beautiful small towns of North Carolina offer a richness that helps to make the stories come alive. Safe Haven is set in Southport, North Carolina, and while fate may send Katie to Southport, it, too, begins to feel like home.

SheKnows: What themes and lessons are weaved throughout this plot, explicit, and perhaps, subconscious?

Sparks: Safe Haven is a story about second chances and the redemptive power of love. Katie has a troubled past and, after fleeing Boston and finding herself in Southport, she is offered another chance at love and life. 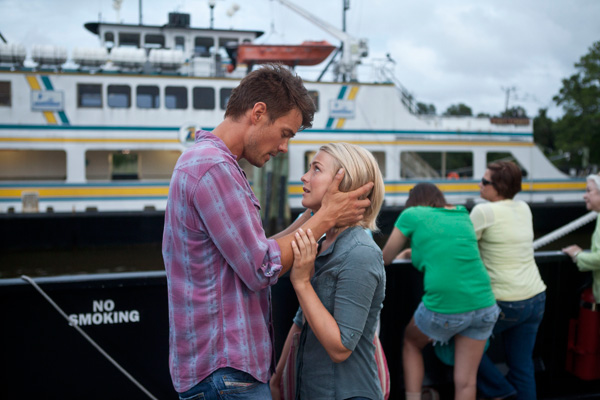 SheKnows: When you sit down to write today, having had your share of works-turned-films, is the process any different from the years you began writing? Has this dynamic and interaction with ‘Hollywood’ changed your approach to imagery or dialogue for the novel’s sake?

Sparks: At this point in my career, I’m cognizant of the fact that the novel I’m writing might be made into a movie. I’ve had eight novels adapted into films, including Safe Haven, and I find that I conceive a novel with the hope and intention that will happen. I try to formulate a story that would be interesting as both a novel and a film. Once I start writing, however, it’s entirely about creating the best novel that I possibly can.

SheKnows: Which authors and real-life inspirations do you consider to have been especially crucial to developing your trademark?

Sparks: I read a lot — a hundred books a year, easily — and as a writer, I think every book I read leaves its mark. Early on, I read deliberately to see how authors crafted their characters, their stories, and their sentences. I like to think part of my trademark is the quality of the storytelling, and that skill is owed in large part to reading everyone from Stephen King and John Grisham to Ernest Hemingway and John Steinbeck.

SheKnows: I’ve read you’re excited to command an element of danger once again. Can you please expand on this element in the context of its film portrayal and its emphasis on the plot of Safe Haven? What relationship does danger play in a novel?

Sparks: Much of the “danger” element of Safe Haven is exploring how Katie’s past is continually dragged into the present. I don’t want to give too much away for those who aren’t already familiar with the story, but the danger element drives the story and will keep people on the edge of their seats. 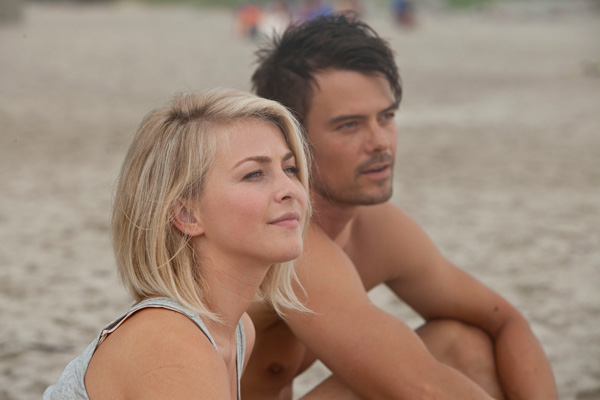 SheKnows: Tell us about the decision-making process for roles in the upcoming film. Are you satisfied with the actors and actresses who will bring your characters to life?

Sparks: I am not just satisfied — my expectations have been exceeded. Julianne Hough and Josh Duhamel have such a wonderful and singular chemistry on set and on camera. I shouldn’t be surprised: I’ve worked with Lasse Hallström (who also directed Dear John) before, and I know how talented he is. But still, as an author I think I’m always curious and anxious to see whether the actors will be able to capture the nuances I’ve imagined for my characters. They have.

SheKnows: Are you happy with the film adaption of Safe Haven?

SheKnows: Some people argue that books are always better than the film adaptions. Agreed?

Sparks: This always makes me laugh. It’s a bit like comparing apples to oranges. Film adaptations can’t be better or worse, because the medium is so inherently different. A book is maybe about 350 pages, and the prose allows for readers to get a glimpse into the internal lives of the characters. A screenplay is 120 pages, and it’s all dialogue and action. The pacing of films is different, the structure is often different, and the internal lives of the characters must come across through the acting. Movies are just a different experience than reading — so it just depends on what an individual prefers.

SheKnows: Finally, what else in on the horizon in the world of Nicholas Sparks? What can fans expect in the near future?

Sparks: I am currently working on my next novel, which I’m really excited about, and which is set to be released in the fall of 2013. Warner Bros. is developing my most recent book, The Best of Me, into a film. I’m also busy with my production company, Nicholas Sparks Productions, developing several projects, though I can’t talk about them in any detail yet. It’s been really great to work across different mediums and to see how these different ways of storytelling engage each other in a dialogue.