Melissa Rycroft went from the hospital bed to the Dancing With the Stars stage in less than 24 hours. How did she do it? Girl power, of course! 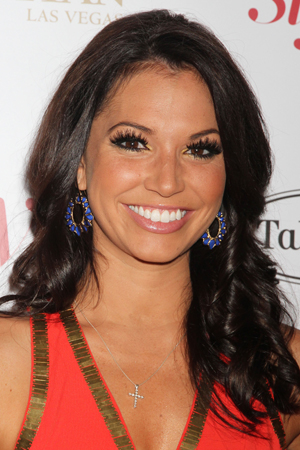 Melissa Rycroft wasn’t about to let a serious neck injury derail her chances on Dancing With the Stars. The former Bachelor star opted to perform her tango with partner Tony Dolovani just hours after she injured her C4-C5 disc.

Why did Rycroft perform? Her doctors said it was okay — and she risked elimination if she didn’t.

“What I was told was that it was not an option to just sit out one night,” she told reporters after the performance. “So if I didn’t get clearance, it meant it was severe enough not to let me come back.”

The 29-year-old did cop to some serious pain during the performance, but she pushed through it.

“I couldn’t move my neck as much as I should have in the tango,” she said, adding that they didn’t modify the routine for her injury.

“It was too late to change them,” she said of the dance to Carly Rae Jepsen’s “Call Me Maybe.”

Hope Solo won’t shut up about Dancing With the Stars >>

“I told Tony, ‘I’m gonna go out and do it. And if something happens, I’m gonna squeeze your hand and that’s your sign that something’s going wrong.'”

Rycroft’s injury was scary, but she’s not the only one to face aches and pains as a result of the show. Last season, Melissa Gilbert and William Levy were injured. Dirty Dancing star Jennifer Grey also aggravated an old car accident injury and was required to have back surgery in 2011.

Still, we think Rycroft’s great attitude will help her health pretty quickly. Let’s hope she doesn’t reinjure herself in the remaining weeks. After all, Dolovani gave the important reminder that DWTS isn’t worth permanent injures.

We called it: Pamela Anderson first star kicked off DWTS >>

“In the end, this is just a dance competition, and all I wanted was for Melissa to be all right,” he said Monday night. “The first thing that crossed my mind was that I wanted her to be okay, because she’s a mom. I thought: Will she ever be able to pick up her baby again?”