The key to unlocking Gossip Girl’s identity may have something to do with a character from the past. Nelly Yuki’s return to the sixth and final season is enough evidence to speculate she could be the brains between the Upper East Side’s most controversial pseudonym. 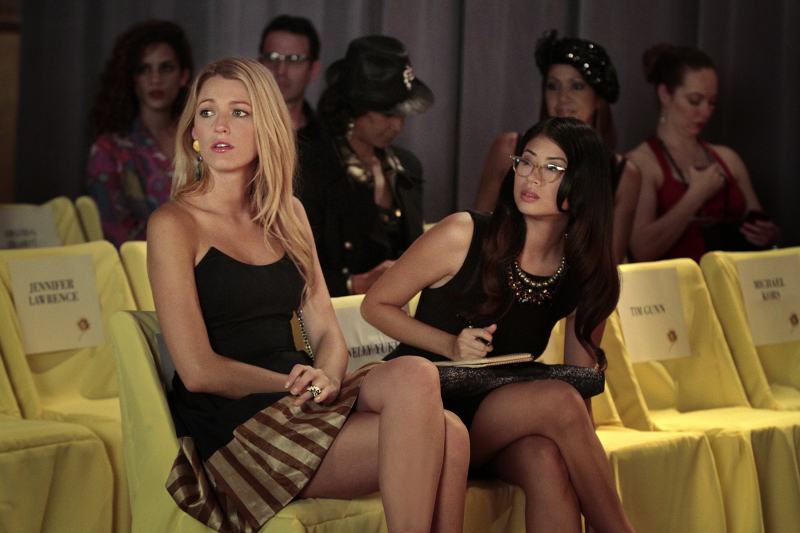 Gossip Girl’s third episode of the season — “Dirty Rotten Scandals” — left us feeling worse than Nelly Yuki being dissed at the bar by Dan Humphrey.

Maybe it’s fitting that we focus on “Nerdy Nelly” first since she is the freshest thing going in Gossip Girl’s final season, and all signs point to her playing a crucial role down the stretch.

After Dan confesses the reason he’s drinking alone and without a place to shack up for the night (more on that later), Nelly swoops in to offer her bed.

You know, because that’s what old high school friends do, right?

And just as her plan looks to be coming together, (like it almost did at the end of Season 2 when Nelly came tantalizingly close to revealing her crush on Dan at their high school graduation) Humphrey is approached by a swanky-looking redhead and leaves a despondent-looking Nelly by her lonesome.

The resurrection of Nelly Yuki begs the question: Why bring her back in the final season?

Is it just to humiliate her?

Is it to show what a pompous jerk Dan (and his hair) have become?

Is it because she was listed in one of Mitt Romney’s binders?

Or is it because Nelly Yuki is the real Gossip Girl?

I know, I know. It’s far-fetched. And yes, maybe I’m reaching out in frustration over the past couple episodes. But why not Nelly Yuki?

Once a prominent character in the second and third seasons, she took the brunt of Blair’s bullying through high school. Yet, Nelly eventually overcame her awkward looks and geeky glasses to steal Blair’s admissions spot at Yale, proving Nelly could scheme with the best.

And let’s not forget her high school bond with Dan Humphrey as the ultimate outsiders armed with the brainpower to take down the Upper East Side. It’s no coincidence Nelly reminded Dan of that twice already this season.

For a show that once focused on Gossip Girl’s omnipotence to mess with the lives of our favorite Upper East Siders, the mystery behind the pseudonym has become lost in a plot that’s become more twisted than Lombard Street.

Just look at what’s happened to the show’s main players in this week’s episode. 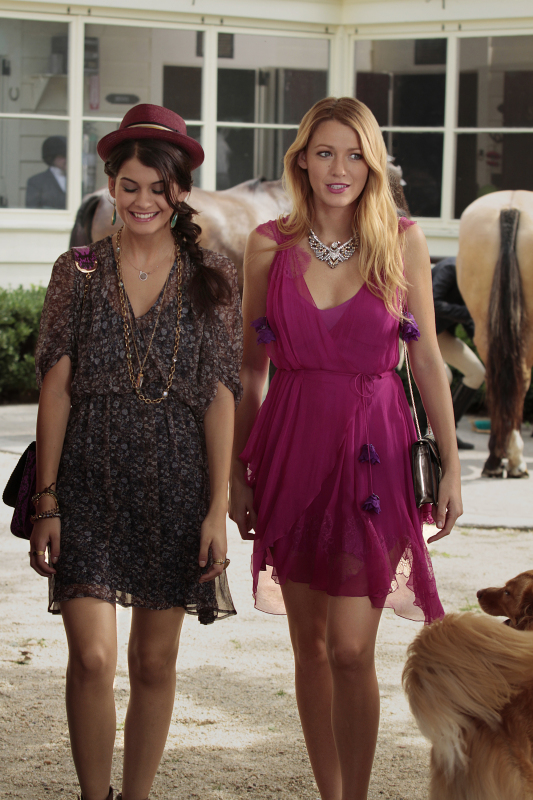 Serena (Blake Lively) is forming a “new family” with Steven (Barry Watson), her sugar daddy we know dangerously too little about, and his 17-year old daughter Sage, who, oh by the way, sleeps with Serena’s pal, Nate (Chace Crawford).

Blair, meanwhile, remains forever scheming. She’s been handed the keys to her mother’s fashion empire, but botches her first public appearance when she casts — as a favor to Serena — Sage (Sofia Black-D’Elia) in the lead role.

Gossip Girl takes this opportunity to remix its top hit because nothing beats a Blair/Serena feud. And we all know nothing serves as a better recipe for disaster than a fashion show, especially one showing a 17-year old ripping off her dress on the runway to reveal a midriff that would make Christina Aguilera jealous!

Serena once again upstages Blair, this time by storming out of the fashion show taking the rest of the crowd with her.

We’ve seen the Serena vs. Blair story line unfold before. It’s stale and boring; and this latest feud seems headed nowhere — unless, of course, you’re Blair, which means right into the pin-striped arms of Chuck Bass (Ed Westwick).

Garnering less screen time than usual, Chuck plays a pivotal role in this week’s chapter by helping Blair coordinate the last-minute details of her fashion show. What else would you expect from a guy whose socks always impeccably match his pocket squares?

Chuck also finds — in a boxing gym no less — a potential breakthrough while investigating his father’s seedy affairs in Dubai. He’ll focus his efforts next episode, with Blair’s help, on finding the mysterious “Lady Alexander.”

At least for now, Chuck and Blair seem content teaming up, but dodging each other’s lips.

The rockiest relationship on Gossip Girl belongs to Dan and his dad, Rufus (Matthew Settle). Once the moral compass of the show, Rufus’s character is in the most violent tailspin of all, spiraling now into the arms of the half-his-age, vilified con artist Ivy Dickens (Kaylee DeFer).

Rufus’s sultry moment in bed with Ivy provides Dan with the perfect backdrop for the first installment of his tell-all exposé, which Dan sells to Nate for the publication in the Spectator. Somehow Gossip Girl (Nelly Yuki, perhaps?) learns that Rufus plans to sue Dan for libel, which is news to father and son.

And poor Nate is caught right in the middle, somehow as he always is, of everyone’s drama. Stabbed in the back by Dan, Nate loses the rights to Humphrey’s serial articles when Dan makes a powerplay to take his work to Vanity Fair. Nate gives his one-time pal the boot, setting the scene for the decisive moment between Dan and Nelly Yuki in the bar.

With many of its characters and story lines stuck either in neutral or the absurdity, why not sit back for the remainder of Gossip Girl’s final season and root for the underdog — and not Dan Humphrey — to expose the truth about the Upper East Side once and for all.