It has been a while since Justin Timberlake released music, and what better occasion to write a song than for your brand-new bride at your wedding? Here’s hoping we get to hear the song sooner rather than later. 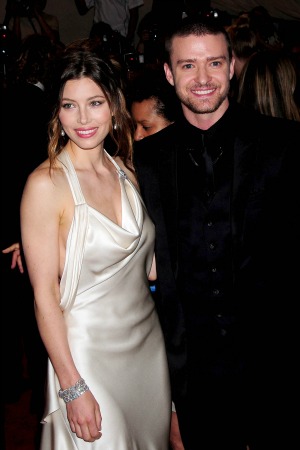 Always the promoter of his music, Justin Timberlake chose the night of his wedding to debut some long-awaited new music. He sang his new bride, Jessica Biel, a yet-to-be-released track of his own.

“It was magical,” Timberlake told People. “It was an unforgettable evening.”

Biel also shared her thoughts of the wedding night: “It was a fantasy.”

But the song was not the only Justin Timberlake music performed at the wedding. Us Weekly said that Questlove, who was the wedding DJ, spun some of Timberlake’s songs during the evening (but he steered clear of any ‘NSync tracks, which probably would have been as bad as playing 7th Heaven clips). Andy Samberg was in attendance, but no Lonely Island tracks were performed, even though Timberlake frequently collaborates with and contributes to the band.

“It’s great to be married. The ceremony was beautiful, and it was so special to be surrounded by our family and friends,” Biel and Timberlake told People.

The couple was married at a resort on the sea in south Italy on Friday. They announced their engagement less than a year ago but have been dating for a while.

“The longtime couple, first spotted together in January 2007, was surrounded by an intimate gathering of family and friends for the big wedding weekend,” said MTV. Jimmy Fallon and Beverley Mitchell, Biel’s 7th Heaven co-star, were also in attendance.

With the secret surrounding the wedding and all the news slowly seeping out, pictures or video are expected next. And you can bet both Justin Timberlake and ‘NSync fans alike are just waiting for the video of Timberlake singing his song to his new bride to be leaked. Hopefully, it is everything fans could hope for. And if his “people” are smart, they’ll include that video in the publicity for the song.