James Blunt is quitting music? But who will croon to us that we’re beautiful?! The singer speaks for himself (and his other self), confusing poor fans who are just looking for some answers. 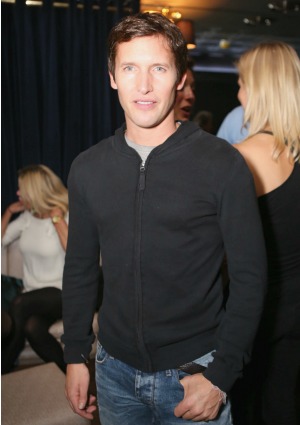 James Blunt’s music career is over. The “You’re Beautiful” singer has pulled the plug on singing shirtless in the rain in favor of hanging out.

“I just want to take some time out for myself,” James Blunt said in an interview with the Daily Mail. “I haven’t got any plans to do more songwriting. I have been chilling out since I finished my world tour and I’ve spent a lot of time in Ibiza, where I have a villa.”

Making the most of his first summer off in seven years, James Blunt mentioned his and girlfriend Sofia Wellesley’s recent whereabouts: “Sofia and I had a great time hanging out with friends on my yacht but we partied as well.”

“I do like a good night out and that is why it’s great fun to hang out at Barbarella,” the 38-year-old, pictured here at the club’s relaunch on Oct. 17, added. “London needs more nightclubs like this.”

Maybe so, but some feel the world at large needs more singers like James Blunt! Confused fans who turned to the singer’s Facebook page to find out what has happened were met only with this befuddling message, however:

“The Mail on Sunday has reported that James Blunt has split up due to musical differences. Neither could be reached for comment due to recording commitments.”

Can’t we all just get along?!

“Think about your fans, James!” begged one Twitter user Monday.

Another added, “It’s a sad day when such a talented man quits the music industry it’ll never be the same.”

One sarcastic fella offered a different point of view, tweeting, “WHAT?! James Blunt is quitting music. Aww, but we only have one sh*tty song from 8 years [ago] to not remember you by.”

Ouch. Here’s a listen all the same to what the world, like it or not, will never hear more of:

What is your reaction to James Blunt quitting music?