I didn’t know what I was watching or what to expect. All I know is, I couldn’t stop! 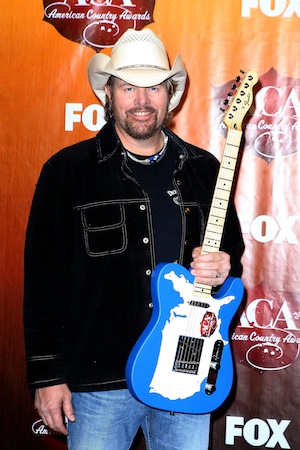 Toby Keith, you smart, smart man. How did you know the way to our hearts was through plastic cups? Up for this year’s Music Video of the Year at the 2012 CMAs for the famous “Red Solo Cup,” I actually think this man may be a genius.

Taken in the true spirit of a Project X-style party (you know, the hit summer movie of the most epic party ever created), this shaky video camera followed Keith through the halls of a lively party where the most V.I.P. member was a red Solo cup. A college staple, this cup knows no language, no color, no creed — it’s a universally accepted drinking utensil.

The Boot quoted Keith, who openly admitted that people would think that it’s “the stupidest song in the world, and I can’t get it out of my head.”

Well, you are right on the money. Not only is this a catchy song, but you cannot take your eyes off the screen once the video starts.

I like Toby, I really do, but the party seemed to be full of teenagers — is that his normal partying posse? But Mr. Keith is young at heart, and that’s all that matters. He was animated, funny, and belligerent — and almost charming. Now, if watching hot, bikini-clad women, cute athletes, and a comical Keith weren’t enough, the video also featured cameos from Ted Nugent, Sammy Hagar, Eric Church, the Warren Brothers, Craig Ferguson, Larry Bird, Roger Clemens, Carrot Top (who cares?), and Joe Nichols. All I know is, I wanted to be at that party!

The brilliance of this video is that everything seemed completely normal even though a red-Solo-cup pyramid, a red-Solo-cup-inspired Princess Leia, and a red-Solo-cup video camera are not regular party elements. But the versatility and use of these red symbols are timeless and bring together everyone who has ever used them — well, for partying at least.

For most, this is a laughable truth about the memories attributed to and the usefullness of red Solo cups. And for some of us who have never experienced an epic party, this may be as close as we will ever get. Thanks Toby, you may have managed to bring about world peace with a plastic cup. If the voters have a sense of humor, you may take home the win.

Miranda Lambert’s “Over You”