Last Friday, the people closest to Lindsay Lohan were planning an intervention for her. The puppet master? Michael Lohan, of course. 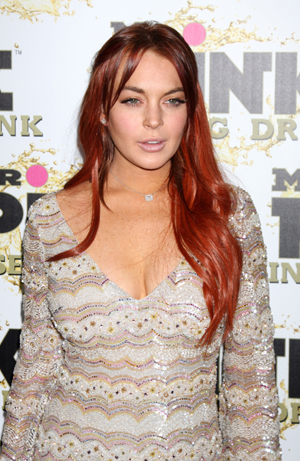 Turns out that Michael Lohan wasn’t the only person who wanted to stage an intervention for Lindsay Lohan. According to e-mails and text messages obtained by TMZ, Manager Evan Hainey, entertainment lawyer Dave Feldman and lawyer Shawn Holley all wanted in on it.

In the e-mails, the elder Lohan said he’d heard that LiLo had been “drinking between a bottle and a bottle and a half of vodka per day,” and that he had seen “the empty bottles and even cocaine in her room at Chateau.”

“She is AGAIN, taking pills to keep her up and to sleep (adderall)!! I even know that she is and was drinking during work as far back as Liz and Dick!” he added.

“I am hearing the same things,” Hainey wrote back.

“I am asking you to PLEASE PLEASE find a way to get her to L.A. toward the end of the first week of October or the beginning of the second so we can do an intervention and FINALLY end this madness!”

Hainey added that Lindsay was due in Los Angeles on Oct. 15, so they could stage the confrontation for that week.

The plan was for Michael to go to Lindsay first, and then the rest would follow a few minutes later.

Lindsay Lohan’s bullied past brought out by Katie >>

It didn’t happen that way, though. Lindsay called the cops on her dad, and he wasn’t allowed near her.

“I’m just trying to resolve some issues that Lindsay is having,” he said after the failed Friday incident. “She is just around all the wrong people.”

Lindsay doesn’t seem to care about much these days, including work. The Canyons writer and director Brett Easton Ellis called her out on Twitter for ditching some postproduction automated dialogue replacement for the film.

Lindsay Lohan’s lungs went on strike over the weekend >>

“Patrick Bateman has just headed over to Lindsay Lohan’s hotel to confront her as to why she missed her f*****g ADR on The Canyons today,” he tweeted.

A producer on the film later said it was an “inside joke,” but we’re not convinced.

So, what is Lindsay doing instead? She’s retweeting news about her hit-and-run case and asking the Twitterverse important questions, like this:

“WTF is Emma Stone,” she wrote and quickly deleted on Friday, though it was captured by BuzzFeed.

Emma Stone is an actress who actually shows up for work and earns more roles because of it, Lindsay. Imagine that!