Shooting won’t start until next April, but word on the streets is Grant has teamed with Lawrence and Castle Rock Entertainment for their fourth bout of quality, romantic comedy. This time, the crew responsible for the likes of Two Weeks Notice has Grant going teacher. 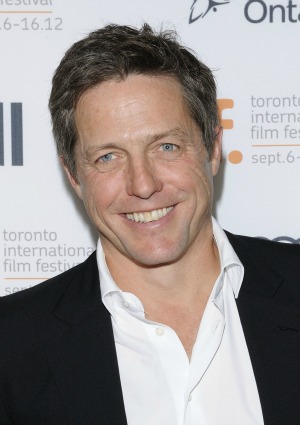 We’re still waiting on a title, but that’s OK, considering we’ve tracked down the major player and the plot.

It’s been announced Hugh Grant will soon be filming in New York with Castle Rock Entertainment for an upcoming role in Marc Lawrence’s new romantic comedy.

Grant and Lawrence have an outstanding history together, with Lawrence having written Two Weeks Notice, Music and Lyrics and Did You Hear About the Morgans? This latest collaboration finds Grant in a brand new realm.

The movie’s plot was announced as follows:

“In 1998, Ray Michaels (Grant) was on top of the world — a witty, sexy Englishman in Hollywood who had just won an Academy Award for Best Screenplay. Fifteen years later, he’s creatively washed up, divorced and broke. With no other options, he takes a job teaching screenwriting at a small college on the East Coast. Although the idea of teaching is less than thrilling, he hopes to make some easy money and enjoy the favors of impressionable, young coeds. What he doesn’t expect to find is romance with a single mom who’s gone back to school.”

It sounds like the finishing touches are still being applied, but this has the framework for a great movie.

No leads yet on who will play the mom, but Lawrence is the same guy who wrote Miss Congeniality, so we’re sure it will be someone with beauty and brains. It’s got to be, with her going back to school, wooing Grant and all!