The franchise started with only a few dollars but has grown into a worldwide phenomenon. Paramount has already given the go-ahead for the next movie, as well as a new spinoff. But how far can the idea go? 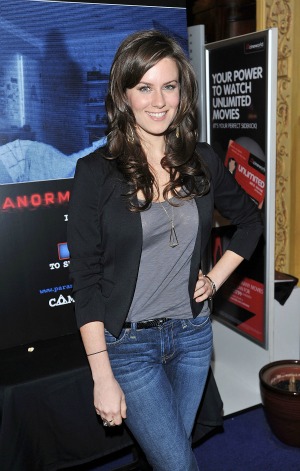 Why discontinue something that isn’t broken? That is the cue that Paramount is taking from its Paranormal Activity franchise, which seems to just keep going. Just three days after the fourth movie in the franchise opened, the film company announced it has given the go-ahead for a fifth film.

“The studio considers PA4‘s $30M opening-weekend gross ‘an amazing result at this $5M budget level,’ even though its North American take is well below PA2‘s and PA3‘s,” according to Deadline.com. “Overall, the three previous Paranormal Activity installments have earned over $576 million worldwide, on a combined budget of a little over $8M.”

“Paramount has also been playing with the idea of creating a spinoff of the franchise, aimed at PA‘s very sizeable Latino audience,” said Deadline.com. Insiders are saying Disturbia‘s Christopher Landon (who is also Michael Landon’s son) has been hired to create the new film.

Deadline.com also said that the spinoff will include the same demon from the original franchise but that the stars will be mostly Latino actors and that the dialogue will be completely or partially in Spanish.

“This will be an offshoot aimed at the groups who have been the biggest supporters of the property — Latinos and folks in Latin America — Mexico, Brazil, and Argentina,” Paramount told Deadline.com.

Those of you who saw Paranormal Activity 4 this weekend — and who didn’t run out of the theater immediately following the movie — saw a teaser clip for the spinoff, right at the end of the film. That film should begin shooting soon. Paranormal Activity 5 is set to open on Halloween 2013.