Lance Armstrong has officially been stripped of his seven Tour de France wins — and now, after all his sponsors have jumped ship, he has been formally banned for life from the sport he loved and cheated. 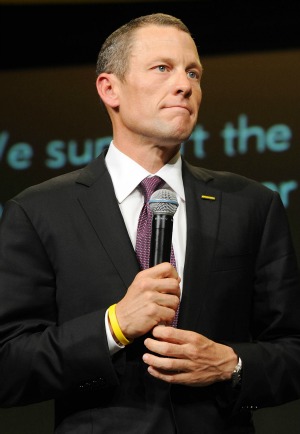 Lance Armstrong‘s worst month ever just got worse. After being dumped by pretty much all of his sponsors last week, the cyclist has had all seven of his Tour de France wins formally stripped and has been banned from the sport for life.

The International Cycling Union announced today that it will not appeal the decision of the United States Anti-Doping Agency to ban Armstrong from Olympic events — a move that also officially strips him of his Tour wins.

The Amaury Sport Organisation will erase Armstrong’s name from its record books — but because the USADA report showed how rampant doping was during those years, it will not award the win to a runner-up.

“We’ve come too far in the fight against doping to go back to the past,” said Pat McQuaid, the president of the cycling union. “Something like this must never happen again.”

McQuaid added that Armstrong “has no place in cycling.”

Nearly a dozen of Armstrong’s former teammates testified that there was rampant doping on the United States Postal Service and Discovery Channel cycling teams lead by Armstrong, and that he bullied them into either doping themselves or lying for those who did.

“To many, Lance Armstrong was a superhero and now he appears to be a super fraud,” Scott Becher, managing director of Z Sports & Entertainment, a division of Fort Lauderdale, Florida-based Zimmerman Advertising, told Bloomberg Businessweek. “No marketer wants to associate with such a high-profile fall from grace.”

Armstrong stepped down as CEO of his cancer charity Livestrong, but will continue his unpaid position on the board of directors.

Speaking briefly at a charity fundraiser for the group on Saturday, he told the crowd, he’s had a “very difficult” few weeks.

“I’ve been better, but I’ve also been worse,” he said.