Blue Bloods star Jennifer Esposito is fired up. The actress was recently put on leave and isn’t happy about it. Following a statement from CBS regarding her exit, Esposito accused them of “shameful behavior.” 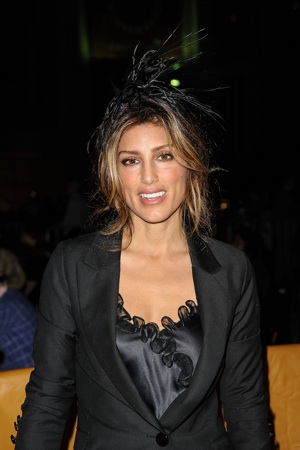 Over the weekend, Jennifer Esposito opened up about leaving CBS drama Blue Bloods. On the show, she plays Jackie Curatola, partner to Donnie Wahlberg‘s Danny Reagan. According to Deadline, that dynamic duo is no more.

CBS released a statement saying, “Jennifer has informed us that she is only available to work on a very limited part-time schedule. As a result, she’s unable to perform the demands of her role and we regretfully had to put her character on a leave of absence.”

The network never clarified the cause of Esposito’s need for a reduced schedule, but many suspect that it’s connected to her health. The actress has been very open about her battle with Celiac disease, a serious autoimmune disorder that can cause chronic fatigue.

Esposito doesn’t agree with CBS’ side of the story. She took to Twitter and posted (from her perspective) what really happened.

“CBS PUT me on unpaid leave and has blocked me from working anywhere else after my doctor said you needed a reduced schedule due to Celiac,” she revealed. “CBS didn’t listen to my doc and I collapsed on set. Which everyone saw! After a week off my doc said I could return to work but CBS implied that I was NOT truly ill and this was a scheme to get a raise! It’s been almost two months without bringing me back to work + keeping Me from working anywhere else!… Absolutely shameful behavior.”

It looks like this situation is a lot more complicated than we think. Esposito has shot her last Blue Bloods episode, which will air Nov. 2 (“Nightmares”). Until this issue is resolved, they’ve cued up several guest stars to fill her spot, including Megan Ketch.

What do you think of the circumstances surrounding Esposito’s exit?