The Devil has a way of convincing people to be pawns in his scheme, but poor Annie’s played her part to a fault. When will the residents of The Drake learn not to play along? 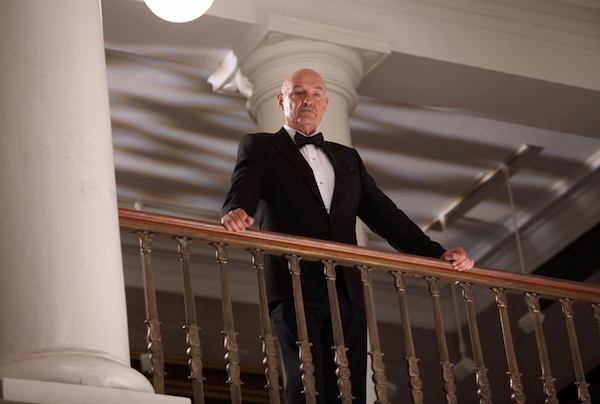 Back at Casa de Devil, ambitious reporter Annie is still tied to a chair about to be tortured by mob hitman, Kandinsky. She tries to explain to him that she made him up, but he’s not exactly buying that. Just when he’s about to cut out one of her beautiful eyes, she tells him her boss was her source. He shows some unexpected mercy and leaves her alive to hunt down her boss, Ned.

Annie is able to escape, which makes me wonder, why do villains always choose the tied-to-a-chair plan? It appears to be a surefire way for your victim to get free and alert the police or stab you in the back with a letter opener. Either way, Annie rushes to Ned’s house and finds him super-dead. Really super-dead.

In a desperate attempt to end the madness, Annie goes back to Gavin (Terry O’Quinn) for help. He promises her that he’ll get rid of Kandinsky and no more innocent people will die if she writes one more article for him. He wants her to set up the city planning commissioner (Henry’s boss), who just so happens to be investigating Gavin. He’s also one more player in the way of Gavin closing the Greenpointe Towers deal.

Henry’s (David Annable) stuck in the middle of this one. With all the socializing he’s been doing with Gavin, his boss, and the ADA accuse him of giving Gavin insider information. He either needs to spy on Gavin for them or they will ruin him. This leads to Henry asking Gavin some pretty obvious and important questions, such as, “Why have you been so nice to me and Jane?” and my favorite, “When do you expect me to start paying you back?” Gavin, of course, gives no direct answers, but I’m still proud of Henry for beginning to act as smart as he is.

Later, Henry sneaks back into Gavin’s office and steals two files from his desktop. One is about Greenpointe and the other has his and Jane’s name on it. He rushes out of the apartment just in time, but leaves behind the cap to his thumbdrive. You have to pay attention to the details if you want to be a sneaky spy, Henry.

Meanwhile, the creepy little ghost girl does her very best whisper warn Jane (Rachael Taylor) about the suitcase ghost man. Jane attempts to heed the warning this time and hides the suitcase in her closet. I would have shipped it to Antarctica with a “Do Not Return to Sender” label, but Jane appears to always be an optimist. 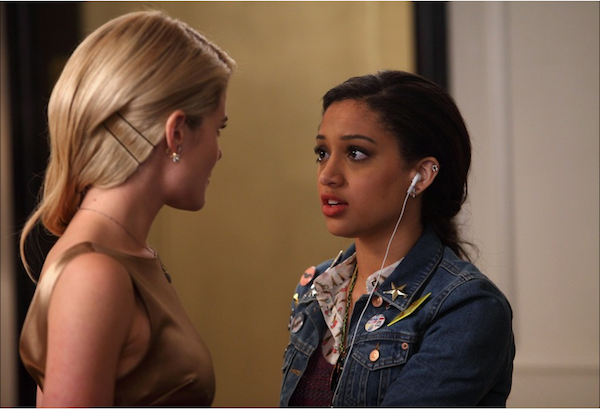 Jane’s also busy hunting down The Drake thief, which of course, turns out to be Nona (Samantha Logan). Nona winds up returning all of the stolen goods, even Jane’s grandmother’s necklace. But, her greatest contribution was warning Jane that a man with a compass tattoo has a gun and is going to hurt Henry. This information saves Henry’s life when they attend a fancy shindig at the mayor’s house.

Annie wrote her article about Henry’s boss, which read that the planning commissioner had ties to the mob. So the mob sent their very best hitman, Kandinsky, to gun him down at the mayor’s house before the cops could get to him. Henry was in the line of fire until Jane saw the compass tattoo and called his name. Henry was able to play the hero and save his boss and take out Kandinsky. Poor Annie, though, caught a bullet straight between the eyes. Another Drake resident dies a bloody death. And Jane and Henry still don’t notice! 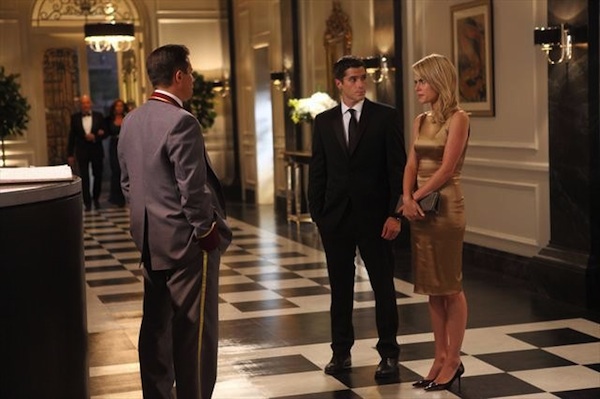 In the end, Henry and Gavin make amends, which really just means Gavin has him exactly where he wants him to do something of great evil down the line. Henry actually burns the entire thumbdrive with the files on it. He didn’t even read the one with his name on it first!

And, of course, the dreaded suitcase ghost has finally managed to unlock his suitcase and unleash himself on the world in a black cloud of smoke (think the Smoke Monster from Lost). He also takes on the image of a fairly attractive man in a very nice suit.

There’s a lot of gruesome ways Drake residents die or get injured, but this one has to be the scariest so far! Check out this clip that will certainly make you think twice before you get on an elevator!