Shedding light on the mid-American lifestyle, Jason belts out his pride on this enthusiastic track. 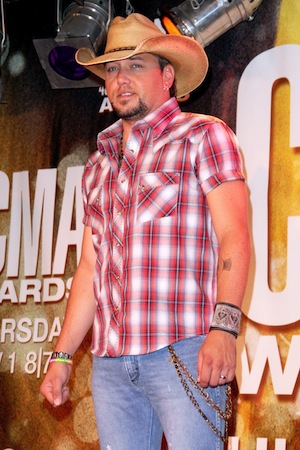 A 2012 CMA nominee, Jason Aldean is up for many awards like Male Vocalist of the Year and Single of the Year for Dirt Road Anthem. He had plenty of previous success when he exploded onto the mainstream scene with the unforgettable track, “Don’t You Wanna Stay,” featuring Kelly Clarkson. The song never left our minds, and I know I could barely get through the workday without humming it — so much emotion, and so much relatability.

“Jason Aldean” should be a household name

Jason is no stranger to fame. The Chicago Tribune elaborated on how his hit album, My Kinda Party, ended up being the top-selling country album of 2011 — and how his latest album, Night Train, is just a continuation of his talent and success. Billboard claims “industry sources” predict this latest album will hit #1, and we will all find out on Oct. 24, when the Top 10 Billboard 200 chart is released. My Kinda Party hit as high as #2 on the same album chart, but it never was able to surpass a certain blonde bombshell, Taylor Swift.

Singing with passion and conviction, Aldean isn’t the only one who makes this song what it is

To only add to the allure of Night Train, CMA nominees Luke Bryan (so dreamy, *sigh*) and Eric Church (anyone notice a resemblance to Rob Thomas from Matchbox 20?) are also featured on the track, “The Only Way I Know.” The song that features the three friends starts with charged, steady ascending guitars, and I was then startled to hear some spoken country “rap” before I even heard the reassuring and comforting country “twang” of the chorus. Striking descriptions that you can’t help but visualize, the song is refreshing and focuses on the work ethic and close-knit nature of the singers’ lives.

“And everybody else was just like us,
soaking in the rain, baking in the sun.
Don’t quit till the job gets done.”

Discussing life in mid-America, Aldean said that being from Georgia, he wanted to give everyone some insight into an often misunderstood part of our country.

One word that describes how I felt after listening? Admiration. This song is about drive, about determination and about integrity.

“You get tired, you don’t show it.
Dig a little deeper when you think you can’t dig no more.
That’s the only way I know.”

Hey, Jason? If you ask me, if that’s the only way you know, it should be the only way all of us know. I hope taking home CMA awards is part of your only way too — because you deserve them!