Want to know what celebrities and their kids are wearing this Halloween? At the launch of Tori Spelling’s new children’s clothing line, Little Maven, Spelling and her mommy friends shared what costumes they’ll be rocking this year. 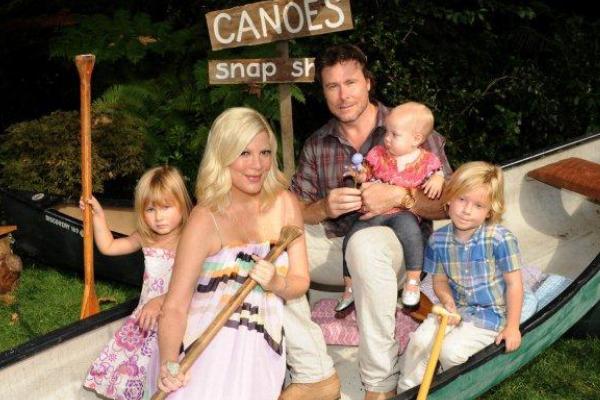 What’s more fun than dressing up for Halloween? Dressing your kids up! And no one does it better than celebrities, whose job it is to always look the part.

At the launch of Tori Spelling‘s new kids clothing line for jcpenney, we asked the star and her celeb mommy friends what costumes they’ve picked out for themselves and their kids this year.

Spelling, who recently had her fourth baby, spilled to SheKnows what costumes her kids will be wearing this Halloween.

“I asked Liam and Stella what they wanted to be and Liam was like, ‘I want to be a serial killer,’” Tori told us. “I was like, ‘Where have I gone wrong?’ I compromised. He has one nice costume for school, he’s going to be a pirate. Then to go trick-or-treating, he wanted the Jason mask and the fake machete.”

But when Spelling’s 4-year-old Stella tried to get in on the idea, Tori nipped it in the bud.

“Stella, who always follows in Liam’s footsteps said, ‘I want to be a pretty serial killer in pink with pink blood,’” the actress said. “She’s easier to sway. So I was like, ‘You’d be the prettiest mermaid.’ And she’s like, ‘Oh yes, can my mermaid have pink hair?’ So we got her a costume at the Halloween store.’”

For her other two children, 1-year-old Hattie and 2-month-old Finn, the “D-I-Y obsessive” Spelling told us she’ll be hand-making the costumes.

“Hattie and Finn are too young [to pick their own],” Tori said. “I can sew by hand, so I’m going to make their costumes. I think Finn’s going to be a piece of sushi.” 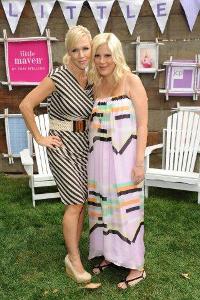 Like Tori, Spelling’s former 90210 co-star Jennie Garth has Halloween costume concerns as well. But with three growing daughters, hers are more about the amount of fabric and less about the kind of costume.

“I have a zombie cheerleader and a flight attendant,” Garth told SheKnows. “My 15-year-old has legs for days. I make sure that [her skirt] is longer than her arms.”

Garth tells us her girls will likely go trick-or-treating this year, and though she is not personally dressing up, she’ll still reap some Halloween rewards.

“They don’t eat candy,” Garth said. “They just trick or treat for the fun of it, and then I eat the candy.”

Jennie Garth drops the “dead weight” in her life >>

Actress Tia Mowry isn’t going to just let the kids have all the fun. She’s getting in the Halloween spirit and wearing a joint costume with her 1-year-old-son, Cree. 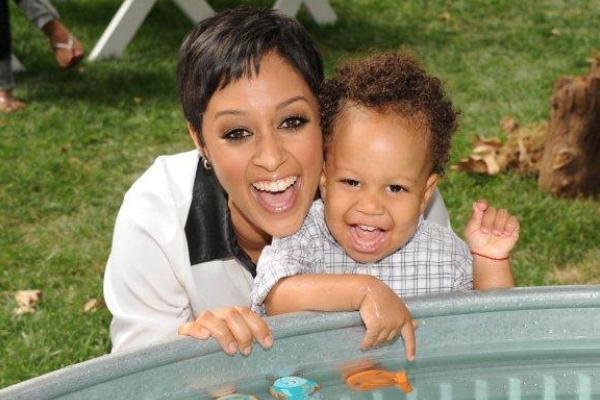 “My son is a boxer, so it would be hilarious if i was Don King,” she laughed. Mowry told us she plans on picking up a big fake afro to emulate the famous boxing promoter.

And her hubby, Cory Hardrict, will be joining in, too.

“My husband loves Halloween,” she told us. “He’s so excited about it. We just walk around the block and do the whole trick-or-treating thing and then we give out candy as well. My husband just gets a kick out of giving kids the candy.”

The family got the season started with a trip to pumpkin patch earlier this month where little Cree was already showing off his athletic skills.

“We went to the pumpkin patch and he loved it,” Tia said. “He was trying to pick up the pumpkins and I was like, Cree, this is too big for you!”

“I am being an alien per my sons request,” she told SheKnows. “He’s being an astronaut, and he’s decided for me that I’m going to be his alien. I wanted to be a witch and he nixed that.”