The singer isn’t talking, but reports are saying she gave birth to a baby boy on Friday night. 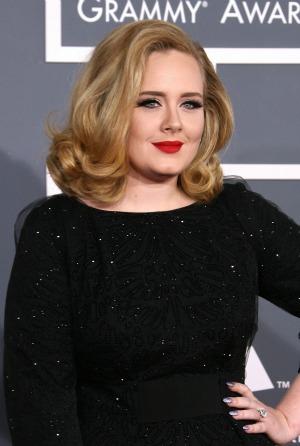 It was only back in June when Adele first announced she was expecting a child with her boyfriend, Simon Konecki. But it looks like only four months later, the singer gave birth, on Friday night.

“New reports claim that the 24-year-old singer and partner Simon Konecki welcomed their child on Friday night,” said the UK Daily Mail. “She is said to be ‘ecstatic’ by the baby’s arrival.”

But as of now, those reports have not been confirmed, as Adele and her camp are not talking.

When asked about the birth, a rep for the singer said, “We are not releasing a statement at this time. No comment.”

She has been shown to be good at keeping secrets, so it could be months before she announced anything, but multiple sources are reporting the birth.

Back in June, when she announced the pregnancy, Adele wrote on her blog, “I’m delighted to announce that Simon and I are expecting our first child together. I wanted you to hear the news direct from me; obviously we’re over the moon and very excited, but please respect our privacy at this precious time. Yours always, Adele xx.”

The couple have had a whirlwind romance; they announced their relationship in January (although with Adele’s secret-keeping skills, they could have been dating for years, for all we know). The couple stepped out together in February at the Grammys, where the singer won six different awards, including for record, song and album of the year — three of the most coveted Grammy awards.

“When Adele’s name came up, I just jumped at it, I just said, ‘We have to get her,'” star Daniel Craig said in a recent interview, according to the UK Daily Mail. “I just thought that she has the voice and she’s got the tone that we wanted.”