For his first acting role, the singer and TV host chose a role full of sex and plenty of blood. 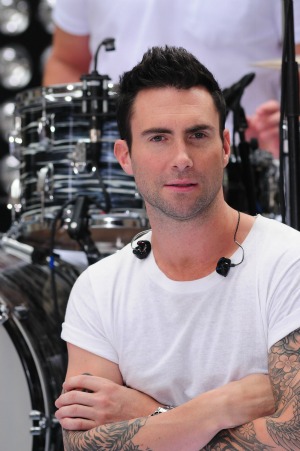 When you have sold millions of albums as a recording artist and are also an important part of a hit reality show, making the choice to dive into acting is the natural next step. But the pressure is on to do it the right way. And it seems that is exactly what Adam Levine has done.

He appeared on American Horror Story this week, as a honeymooning husband… and honeymoon he did.

“Levine’s character is 22-year-old Leo, a newlywed who’s on a haunted honeymoon tour with his not-so-blushing bride, Teresa, played by Jenna Dewan-Tatum,” said The New York Daily News. “The couple is out to get busy in the scariest locations they can get access to.”

Levine is the lead singer of the pop band Maroon 5 and is still a mentor on The Voice. Even though Christina Aguilera and Cee Lo Green have said they are taking a season off, Levine will be staying. As for his foray into acting, he may not be back next episode, based on the amount of blood he lost in this episode — but that doesn’t mean he didn’t give it his all.

“It’s the tattooed Levine’s first foray into acting,” the Daily News continued. “And he puts considerable sexual energy into his early scenes, before the blood and mayhem begin. There’s a scene involving a hospital bed and straps and significant writhing and thrusting that would make most censors blush.”

But it looks like Levine and his on-camera wife shouldn’t be counted out yet. It looks like the story will be drawn out by showing the drama he is going through at Briarcliff, as well as the story of how Briarcliff got to the point it is at now.

Levine will be appearing in the 2013 film Can a Song Save Your Life? starring Mark Ruffalo and Keira Knightley. But it isn’t exactly considered his next “acting” job, since he will be playing himself.