This year’s CMAs will be a real lovefest for those from all walks of music. If someone told you five years ago that Snoop Dogg would be nominated with Willie Nelson for a CMA, you’d have thought they’d been smoking Dogg’s private stash. Yet here we are. And that’s not the only oddity this year. Here are a few of the folks who are bending genres and getting nominated for it. 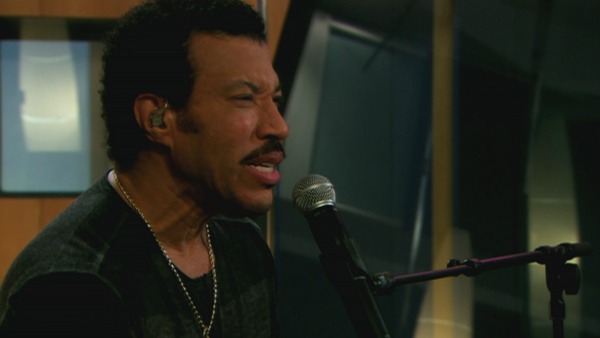 The Commodores’ front man and the dude from Hootie and the Blowfish are up for a country music award (in the Musical Event of the Year category). No, there’s no punch line. All we can say about that is… Mother Rucker. Lionel Richie and Darius Rucker have put a country spin on “Stuck on You.” It’s an interesting idea, but I think we liked it better when it was called “Wonderful Tonight” by Eric Clapton. What’s next — Snoop Dogg and Willie Nelson?

Before we leave the CMA Musical Event of the Year category, which looks more like a story from The Onion, we’ve got the aforementioned Snoop Dogg and Willie Nelson collaboration. So what could these two from completely different sides of the musical spectrum have in common? It’s their desire to be rolled up and smoked when they die. Does that make sense now? Didn’t think so. Still, who doesn’t love Willie Nelson, and who doesn’t love Snoop Dogg, so why wouldn’t we love them together? Who would have imagined? Take a listen.

So is she country, or isn’t she? Perhaps, like the Marie Osmond of yesteryear, she’s a little bit country and a little bit rock and roll. One minute, Swift is strumming a banjo in her “Mean” video, and the next, she is stadium rocking through “We Are Never, Ever Getting Back Together.” This genre-busting, love-done-me-wrong princess of country music and pop is nominated for Entertainer of the Year, Female Vocalist of the Year and Musical Event of the Year. That’s one busy year for Ms. Swift.

So where were we when Kelly Clarkson started cranking out country music? We’re guessing the female vocalists of country music would prefer that Kelly pack her pipes and head back to pop. Kelly tested the country waters with “Mr. Know It All” and has been covering country classics by Trisha Yearwood, The Dixie Chicks, Tammy Wynette and Lee Ann Womack — all at the request of her fans. While on tour, Kelly lets a member of the audience pick a tune, and her fans are increasingly picking country songs. So can Clarkson snatch Female Vocalist of the Year away from country powerhouses like Taylor Swift, Miranda Lambert, Martina McBride and fellow American Idol alum Carrie Underwood? Hmmm. The CMAs just got a lot more interesting.