The singer’s newest album is all about those in her past and present, but don’t ask her who. That’s one thing she likes to keep to herself. 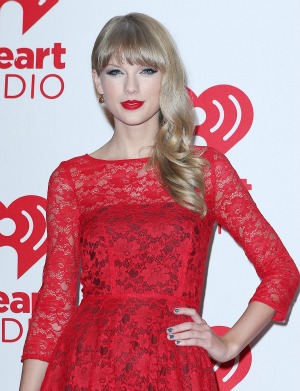 At just 22 years old, Taylor Swift seems to have lived more like than many people twice her age. Or at least it seems that way because she shares every thought and emotion with her listeners. On her new album, she’ll be doing more of the same. Red, the follow-up to her last album, Speak Now from 2010, will be out on Monday, Oct. 22.

“Red is really kind of diary entries of the last two years of my life,” Swift told Reuters. “There were beginnings and ends and there were ups and downs, and lessons that I learned and then had to learn all over again the exact same way… the ups and downs of the whole experience of falling in love and being let down and letting go and starting over.”

Based on the first few songs, Red will be as big a hit (if not bigger) as her past albums. When the first single, “We Are Never Ever Getting Back Together,” came out in September, it became the “most-downloaded first week digital single,” said Reuters.

The song made fans wonder whom it was written about, since Swift has in the past written songs about her boyfriends — or ex-boyfriends. But she doesn’t mind.

“It helps me to know that 90 percent of what those little blog posts and articles say isn’t true at all,” said Swift. “The one bit of privacy that I have is knowing that I know who inspired those songs and I don’t tell anyone.”

As someone in the spotlight, she knows she has to live a certain amount of her life in the public eye, but she also knows she doesn’t have to share everything — even if she writes these songs about other famous people.

“For me, keeping my private life private and only sharing it with people through my music allows me to have that connection with my fans and not shut them out of anything,” she said. “But it allows me to also have something that’s just mine.”

And the singer is doing just fine. According to Forbes, in 2011 (a year she didn’t release an album) she made an estimated $57 million. Red will be in stores and online starting Monday.