Muppet lovers protect their own. They are headed to Washington, D.C., for the Million Puppet March, taking place three days before Election Day. 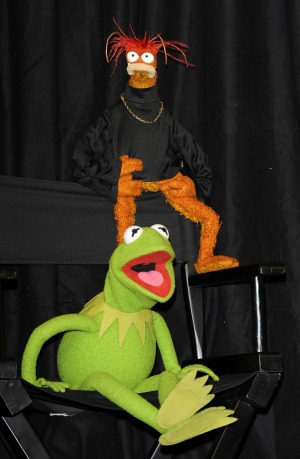 Apparently you don’t mess with Big Bird. Or the Muppets. After presidential candidate Mitt Romney mentioned the character in the first presidential debate with President Obama, many have come out fighting, not only for the popular avian character but for the show and network as well. A group will be marching in Washington, D.C., for PBS.

“More than 1,000 puppeteers and public broadcasting supporters have signed on for a march on the National Mall in Washington three days before the election,” said the Associated Press. The walk is set for Nov. 3, and already thousands of people have said on Facebook they will be attending.

“It comes after Republican presidential candidate Mitt Romney’s remarks during a presidential debate calling for the elimination of funding for PBS,” said the AP.

Big Bird has been a long-standing character on Sesame Street, a popular kids show on PBS.

The name of the November event, the “Million Puppet March,” is conspicuously missing the name of Sesame Street’s puppets (the Muppets). The move could show that PBS is not officially condoning the walk, although the organizers said they changed the name to “to be more inclusive of all puppetkind.” The organizers said they will now be able to welcome sock puppets, hand puppets, marionettes, shadow puppets and mascots among others.

During the second presidential debate on Wednesday, Oct. 17, Mitt Romney again made a point that stuck in many people’s minds. He said that so he could hire women for his cabinet and staff when he was governor of Massachusetts, a women’s group brought him “binders full of women.” The puppet march organizers have not mentioned whether the walk will include binders, women dressed as binders, or puppets dressed as binders. But they probably wouldn’t mind if you showed up dressed that way.