Mat Kearney took a break from his tour to talk to SheKnows.com about his amazing journey from unknown musician to chart-topping singer-songwriter. 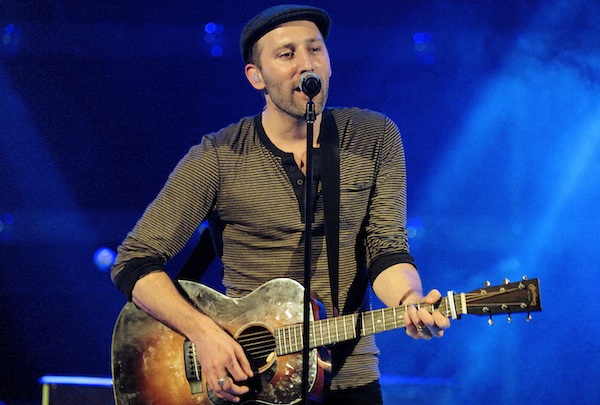 Mat Kearney is deeply connected to his music, and his fans appreciate his honesty. His last album, Young Love, reached No. 1 on multiple Billboard charts, including Billboard’s Rock, Christian, and Digital charts. The success of the 2011 record was largely fueled by the extremely personal track “Ships in the Night” — the lyrics reveal a heartbreaking story of a painful relationship marred by childhood trauma. In a recent interview with SheKnows.com, Mat Kearney explained the meaning of “Ships in the Night” and his journey to stardom.

The amazing journey to fame

“Yeah I’ve probably played I don’t know how many shows since I started, but yeah, it’s been amazing to go from me and my guitar, writing these little songs — I didn’t know I’d be singing in front of huge crowds. We played a sold-out show at Red Rocks [Colorado] the other day — that’s like bucket-list stuff. I feel incredibly blessed to be doing what I’m doing.”

On revealing tough life experiences in his music

“Everything [on Young Love] was real. I had to have bled every lyric about my family or about my new marriage. “Ships in the Night” was a current song on the radio and that one — it took me a long time to write. All of the sudden, I got in this fight with my wife on the way to the airport or something and we weren’t talking, and then I called her and we were like making up, and I remember pulling out my laptop and like taking notes on our conversation, like ‘What did you say again?’ It just turned into a really cool, special song about two people trying to connect, and it’s probably one of my favorite songs on the record.”

“I’m starting to record and write a little bit more. I feel like I’m pregnant, like a month pregnant, so I’m not really talking about it yet… so yeah, there’s a new record brewing inside me.”

Watch the full SheKnows.com exclusive interivew with Mat Kearney below.