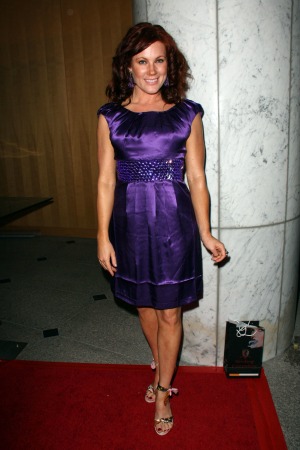 Weddings are on everyone’s mind in Hollywood these days. Earlier today, it was announced that Justin Timberlake and Jessica Biel had tied the knot. Now, People is exclusively reporting that Clueless star Elisa Donovan married her longtime beau, Charlie Bigelow, on Oct. 13, in Carmel, California.

The couple released an official statement saying, “After meeting three years ago in Sayulita, Mexico, while vacationing with friends, we are thrilled to report that we were married on Oct. 13. We credit Charlie’s friend Owen for waving Elisa in from the beach in what would be the moment that changed our lives.”

The ceremony was attended by 150 guests, including some familiar Hollywood faces like True Blood star Sam Trammel and his girlfriend, Missy Yager. The bride wore a feminine gown designed by Elizabeth Filmore, with Jimmy Choo shoes to complete the ensemble, while the groom was decked out in a Burberry tux.

The entire wedding took place at The Carmel Valley Ranch, where guests dined on an organic meal topped off with wine from a local California vineyard. The newly married couple chose Lionel Richie‘s “All Night Long” for their first dance to kick off the festivities, but it was Bigelow’s dance with his mother to “Bust A Move” by rapper Young MC that brought down the house.

The Sabrina, the Teenage Witch star and her husband have an almost 5-month-old daughter, Scarlett Avery, and they reside in San Francisco, where Bigelow works. Donovan has the ABC Family movie,The Dog Who Saved the Holidays, coming out soon, and she counsels women with eating disorders now that she has overcome her own struggles as a recovering anorexic.