With one of the most impressively terrifying plane crashes ever put on film, Denzel is at his best playing the complicated anti-hero who miraculously lands a broken airplane despite being drunk and high on coke. An investigation into the crash uncovers a narcissistic man in denial of his addictions who must come to terms with the flaws he’s managed to keep secret for so many years. 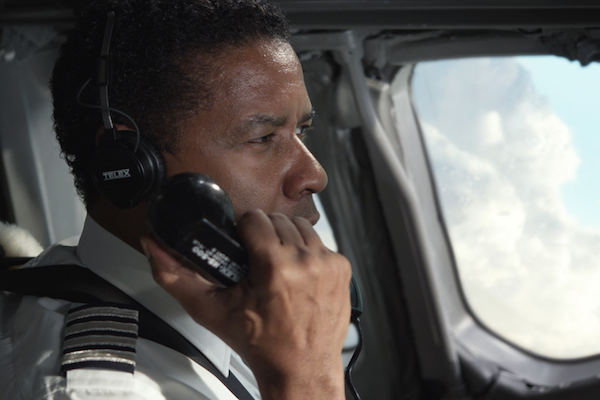 4 stars: Perfect for those who love to examine
complicated, moral dilemmas

Whip Whittaker (Denzel Washington) is an experienced commercial airline pilot with years of flying under his belt. Estranged from his ex-wife and teenage son, Whip is sexy, cocky, and almost always drunk.

We meet Whip as he wakes up in a hotel room, having spent the night with sexy stewardess Katerina (Nadine Velazquez). Severely hung over, Whip drinks some beer, snorts some coke, and smokes a little pot to equalize his senses and “right himself” before getting on the plane.

Once in the cockpit, he meets rookie copilot Ken Evans (Brian Geraghty), who seems scared of his own shadow, let alone a mechanical failure. With a turbulent liftoff due to bad weather, Whip and Ken are soon flying high and Whip decides to take a nap, per usual.

Soon however, it’s clear something is very wrong with the plane and the aircraft is literally nose-diving toward the ground. This is a nail-biting sequence shot masterfully by director Robert Zemeckis (Cast Away, Forrest Gump) that makes you question ever getting on a plane again.

With impressive skill and prowess, Denzel manages to invert the plane — yes, fly it upside down — before landing it in a field right-side up. Of the 105 souls on board, only six were lost. But don’t expect this movie to be your in-flight entertainment on your next trans-Atlantic jaunt. This sequence is downright terrifying. 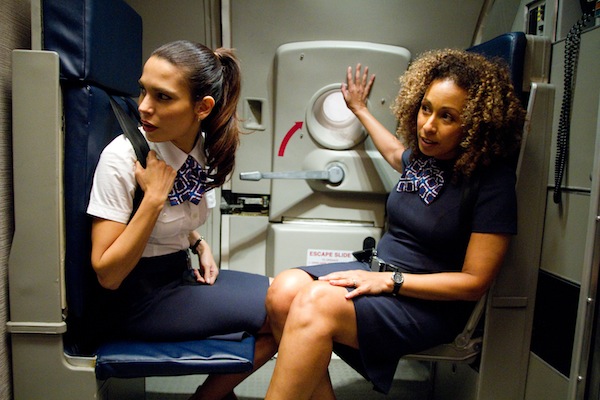 What follows is the investigation into the crash, given that there was loss of life, someone must be at fault. Despite having a blood-alcohol level of .24, Whip insists no one else could have landed that plane. When the NTSB puts 10 pilots into a crash simulator, he is proven correct as none of the other pilots succeed.

Making things more complicated, the entire country now hails Whip as a national hero, much like they did Sully Sullenberger when he landed his plane in the Hudson. But here is the interesting moral dilemma: Should Whip go to prison for flying intoxicated even though he saved the lives of nearly everyone on board?

Slick lawyer Hugh Lang (Don Cheadle) manages to make Whip’s toxicology report go away and Navy buddy Charlie (Bruce Greenwood), who’s now on the investigation team, is doing his best to save Whip from himself — no easy task.

While recovering in the hospital, Whip meets a heroine addict named Nicole (Kelly Reilly), who’s battling her own demons and can do little to help Whip stay clean and sober for his aviation committee hearing on the crash. He walked away from a plane crash, but can he walk away from his addiction? 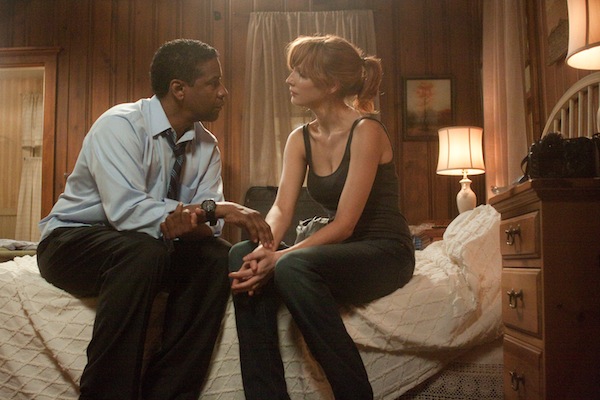 Whip’s son Will (Justin Martin) appears in two small scenes, but holds his own facing off against his alcoholic father. It is through Will we see all that Whip has lost and stands to gain. The last scene in the film with Whip and Will is poignant, redemptive, and alive with hope.

Bottom line: This is a powerful film, perhaps one of Denzel’s finest. But don’t go see it if you’re planning to fly in the very near future — unless you’re open to taking a train.