Justin Timberlake and Jessica Biel married in a secret Italian location among family and friends, the happy couple confirmed today — and you won’t believe how much this wedding cost! 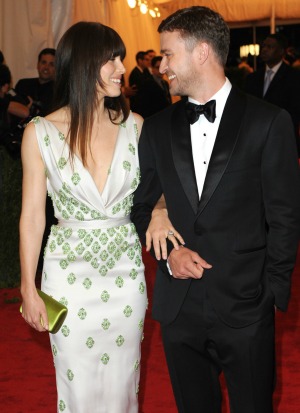 After five years of break ups and make ups, Justin Timberlake has finally made an honest woman out of his longtime girlfriend Jessica Biel. The couple has confirmed they got married in Italy.

In a statement to People, the newlyweds said, “It’s great to be married, the ceremony was beautiful and it was so special to be surrounded by our family and friends.”

Timberlake and Biel have been a hot Hollywood couple for five years and got engaged last December when the pop star/actor proposed with a custom-made diamond ring while on vacation in Montana.

The couple gathered their friends and family in Puglia, Italy for several days of festivities before the ceremony, including a beach party along the Adriatic Sea Wednesday night, complete with fireworks display, and a wine and cheese gathering on Thursday.

So how much does a celebrity wedding in a dream location full of other hot celebs cost these days, anyway? Rumor has it more than $6 million! Much of that probably went to security and location expenses — when as much privacy as these two wanted is at stake, not only do they have to rent their own location, but also those next door. Those other two parties plus travel expenses for their guests add up quickly, too.

While no photos of the special day have been released yet, you can expect to see them later this week when People runs its exclusive coverage.

Flashback! Justin Timberlake and Jessica Biel before their romance

Justin Timberlake & Jessica Biel’s road to the altar, in photos