The Amazing Spider-Man 2 just got complicated. Peter Parker will have another woman vying for his affections in the upcoming sequel. While Gwen Stacy is phased out, a famous redhead could take her place. 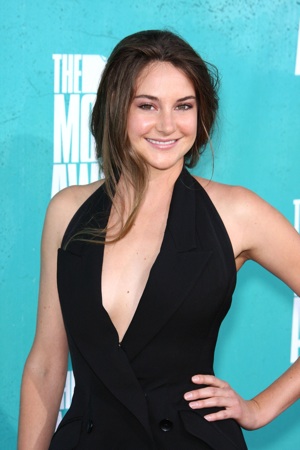 Is Emma Stone on her way out The Amazing Spider-Man series? This week it was confirmed that Shailene Woodley (The Descendants) has landed a small role in the superhero sequel. At first glance, it might not seem like much. But once you learn the identity of her character, you’ll change your tune.

According to The Hollywood Reporter, Woodley has booked the pivotal role of Mary Jane Watson, as in Peter Parker/Spider-Man’s other lady love. The character was previously portrayed by Kirsten Dunst in Sam Raimi‘s Spider-Man trilogy.

The trade claims Watson will be “a very small part in Amazing Spider-Man 2 but blossoms into an integral lead for the planned third movie.” Why is that? It turns out Sony’s decided to tackle one of the most famous story arcs from the Spider-Man comic, “The Death of Gwen Stacy.”

If everything goes according to the source material, Stone’s alter ego is a goner. But don’t feel too bad for the actress — she wants this to happen. Unlike most stars who’d try to prolong their involvement in a franchise, Stone is all about the story.

Earlier this year, Stone spoke to Interview Magazine about the impact of Stacy’s death. “Apparently people unsubscribed to the comic book when that happened because they were just so flipped-out over it. But, of course, I want to stay true to that.”

What do you think of Woodley as the new MJ?