Cat runs into some serious problems when she lets her obsession with her mother’s murder take over. Will it be too much for even the beast to take? 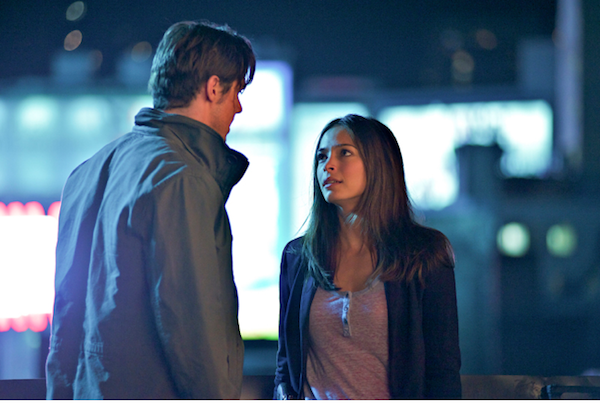 If there was ever a woman with only one thing on her mind, it is Detective Cat Chandler (Kristin Kreuk). This girl just will not let her mother’s case go for longer than a sentence. As much as it can be annoying to regular folks, it’s really pushing the limits for the already temperamental Beast (Jay Ryan).

When a genetically altered Beast Man who has a habit of punching walls into cement asks you to leave something alone, I dunno, maybe you should leave it alone. Instead, every spare moment Cat gets, she’s running over to his warehouse home, rustling J.T.’s (Austin Basis) feathers and bringing attention to the existence of Vincent Keller. He’s been “dead” for nine years and he’d just really like it to stay that way. But, she is relentless.

She tells him she wants to help him expose Muirfield, but what she really wants is to find out how Muirfield is connected to her mother. Vincent sees right through all of her tactics and continually tells her to go away. And yes, he did get so mad his face did that scary veiny thing. Cat seems to be a pretty good detective, but she’s sloppy with a top secret government conspiracy case, and Vincent’s afraid she’s going to lead the assassins in suits right to his doorstep. 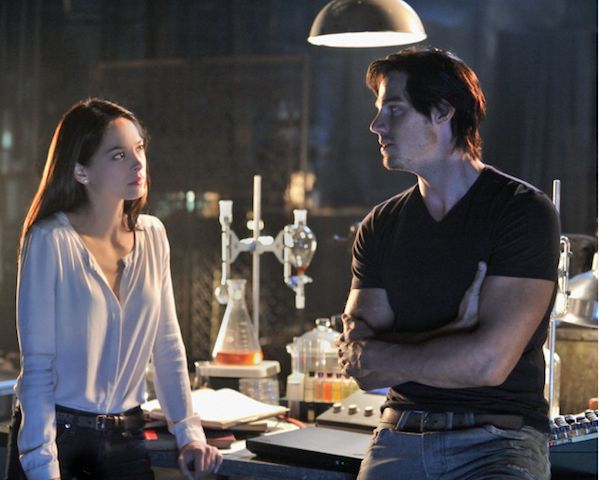 And, of course, that’s what she does. But instead of his doorstep, it’s the hood of her car. A man on a bike slams into her car and when she gets out to help him, he shoots at her. He doesn’t appear to be highly skilled because he misses and then she beats him up for a bit.

So, at this point, Muirfield seems only mildly concerned with her, and I’m sure they’ll send their top-notch hitmen later. The bicyclist was able to knock Cat down, though, and that’s when Vincent appears and accidentally kills the guy. Oops.

To protect himself, Vincent moves. He packs up all of his things in the place he called home for nine years and moves to an undisclosed location. Even his best friend, J.T., doesn’t know where he is or if he’ll ever see him again.

And he’s not the only one packing up and moving out. Cat’s sister has been crashing at her apartment, but her constant obsession with her mother’s case is driving a wedge between them. Her sister would rather move back in with Dad than deal with Cat and the never-ending questions about their mother’s death.

When she’s not pushing away the people in her life, Cat is solving the murder of a ballerina who was pushed off a roof. During the investigation, she discovers she isn’t the only one with an obsession. The handsome janitor was rather infatuated with the victim, so much so that he stalked her and kept her “smoking hot” jeans as a token after she died. Just when Cat thinks she’s got this one in the bag it turns out our creepy janitor was at Zumba class working on his dance moves. Instead, the murderer was the ballet director, who had raped the victim.

Once Cat closed her case, she was able to see things a little clearer. She left a four-page apology letter for Vincent explaining how she recognized that she had crossed the line. And she was even able to persuade her sister to stay. She promised she’d put the mess of the past behind her.

Vincent and Cat reunite on a rooftop and he accepts her apology. With the city lights glistening behind them, he tells her he can’t stay away from her either. But, they didn’t kiss! It was the perfect moment, guys. You know wanted to. Guess we’ll have to wait until next week.